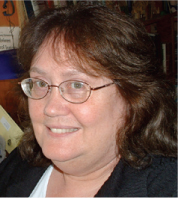 Only recently did I finally get to watch the film Contagion, which was released this past fall. Sometimes the most provocative tests of our imagination come from our extreme fictional interpretations, and I was hopeful. (But remember Outbreak, the disappointing (if earnest) movie from the 1980s?) And I do believe this is a film worth recommending — both within and outside the industry.

Mostly taking place in biosafety-level laboratories, Contagion does show how hard it is to isolate and grow a virus before even developing a vaccine. This is an intelligent attempt to convey realistically the potential course of a worldwide epidemic, mainly from the perspective of investigators and government-employed researchers and clinicians. It is a different sort of disease disaster film, very subdued and largely focused on epidemiological investigations. Human interest is provided by Matt Damon’s quiet, desperate intensity as a man who happens to be immune trying to keep his daughter safe. Meanwhile a blogger promotes an untested homeopathic “cure” that strikes me as scarily realistic. Wouldn’t a frightened populace grasp at such fragile straws without a proven vaccine?

As the story unfolds, viewers are treated to a crash course in epidemiology as the contagion spreads worldwide. The speed of that spread and the resulting breakdown in supplies and social order are matched against the slow, quietly desperate course of investigation, the methodical nature of animal testing, and various political elements as government agencies circle their investigational wagons. So one excellent point made is that vaccines are not created overnight. During a deadly epidemic, many people become sick and die long before a vaccine is available. Another sobering but critical point this film makes is the interconnectedness of our global societies. Our mobility and international business forays come with a potentially high price. And pandemics have no regard for social status, class, income, or education.

A vaccine probably would not (as in the film) be delivered by lottery, but rather initially to first-responders. And of course, researchers do not test their formulations on themselves and then go immediately into production. But in the unlikely event of a virus as deadly and communicable as that depicted in the film — with bodies beginning to pile up in mass graves over weeks and months — at what point might scientific rigor itself break down? This film could introduce some important bioethical discussions of decision-making and risk-assessment in the event of such an outbreak. Once the virus is finally cultivated, would the devastated populations of this world tolerate additional months of clinical testing?

I hope Contagion has made more people aware of the dangers of infectious disease, the process of response, and the need to prepare for potentialities that could force such uncomfortable accommodations upon us.