Calorimetry (from the Latin calor for heat and the Greek metry for measuring) measures thermodynamics in chemistry. If energy enters or leaves a system, its temperature changes, and most chemical reactions involve changes in energy. Exothermic processes generate heat; endothermic processes consume it. So calorimeters measure the heat of chemical reactions or physical changes to a system.

Since calorimetry's advent in the late 18th century, a number of different techniques have been developed. Early techniques were based on simple measurement of temperature. Later advances in electronics and control enabled analysts to collect data and maintain samples under controlled conditions that were previously not possible. Primarily, the applicable uses of this laboratory technique to the biopharmaceutical industry include early product development, quality control, and metabolic analysis in bioproduction systems (1). An emerging calorimetry application involves self-organization and interactions of lipids with biomolecules (2). 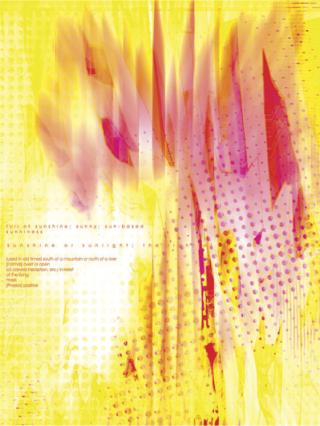 In 1780, French chemist Antoine Lavoisier used guinea pigs in experiments with a device he used to measure heat production. When heat from the animal's respiration melted snow surrounding a thermometer, he concluded that respiratory gas exchange is a form of combustion. Over the next century, scientific understanding grew concerning the nature of heat as energy â€” thus, its distinction from temperature. Scottish physician and chemist Joseph Black contributed to this body of knowledge in the 18th century with discoveries related to latent heat, specific heat, and carbon dioxide. Around the mid-1800s, English physician and brewer James Joule (and others) made it clear that heat was a form of energy and not of matter.

Only then could equipment for measuring heat changes be developed. Lavoisier's primitive ice calorimeter (invented in cooperation with French mathematician Pierre Simon de Laplace) had been largely ignored. The beginning of modern calorimetry is generally credited to 1860s work by French chemist Pierre EugĂ¨ne Berthelot. Using his calorimeter design, he developed the concepts of endothermic and exothermic reactions.

The â€śbomb calorimeterâ€ť came about in the late 1800s. It uses electrical energy to ignite a fuel (sample), which heats up surrounding air, which in turn expands and escapes through a copper tube, heating up water outside the tube. Measuring the temperature of that water allows for calculating calorie content of the fuel â€” making this a fine method for determining the caloric content of foods. Companies such as Fisher Scientific still offer similar devices today.

In the 1960s, particle physicists began to apply calorimetry to their work. Modern projects such as the Large Hadron Collider in Cern, Switzerland, would not be possible without it. An electromagnetic calorimeter measures the energy of lighter particles (electrons and photons) and a hadron calorimeter samples the energy of protons, neutrons and other particles containing quarks.

By the 1970s, advances in computing power, software, heating cells, and instrumentation were improving the accuracy and sensitivitiy of available calorimeters. MicroCal LLC (now part of GE Healthcare Life Sciences) was responsible for much biotechnology-relevant development, including the early 1990s introduction of Origin software for graphing data and performing nonlinear curve fitting and parameter calculations. Methods and Applications

Despite its high sensitivity and accurate results, calorimetry has only slowly found its way into bioprocess laboratories. But its PAT potential should change that. â€śAs cellular metabolism leads to changes in enthalpy,â€ť wrote Whitford and Julien in a 2007 article (see box, right), â€śthe resulting heat dissipation is measured by on-line flow calorimeters to indicate metabolic activity, thereby providing opportunities for monitoring and control.â€ť

(where R is the gas constant and T is the absolute temperature).

An IT calorimeter has two thermal-conducting cells surrounded by a thermal isolation jacket. Sensitive circuits detect temperature differences between the reference cell (filled with buffer or water) and the sample cell. Before a user adds ligands, the instrument applies constant power to the reference cell, which directs a feedback circuit, activating a heater located on the sample cell. The user then titrates precise aliquots into the sample cell, causing changes in heat (from the chemical reaction, e.g., of ligands binding). The instrument measures the time-dependent input of power required to maintain equal temperatures between the sample and reference cells.

A Sampling of Calorimetry from the BPI Archives

Thus, calorimetry observations are plotted in terms of the power (as a function of time, Âµcal/sec) needed to maintain reference and sample cells at an identical temperature. Raw data appear as a series of heat-flow spikes, each corresponding to a ligand injection. Integrated over time, they yield the total heat effect per injection. Analyzing the resulting patterns illustrates the thermodynamic parameters of a given interaction.

Differential scanning calorimetry (DSC) measures differences in the amount of heat required to increase the temperature of a sample and its reference. Both are maintained at very nearly the same temperature throughout an experiment. When the sample undergoes a physical transformation (e.g., phase transition, crystallization, or oxidation), a heat-flow change is required to maintain it at the same temperature as the reference. Exothermic reactions require more heat, and endothermic reactions require less heat.

Subtle phase changes (e.g., glass transitions) can be measured. DS calorimeters have sealed aluminum (or aluminum-covered) pans for samples and reference materials (often the reference is left empty). Both are heated or cooled uniformly while their heat-flow differences are monitored. The resulting heating or cooling curve (heat flux/temperature or /time) is used to calculate enthalpies of transitions using this equation:

(where Î”H is the enthalpy of transition, K is the calorimetric constant, and A is the area under the curve).

Because of calorimetry's history and importance in high-energy physics, you'll find quite a few conferences and groups focusing on it in a simple Google search. The International Society for Biological Calorimetry, however, focuses on applications that are more specific to bioprocessing. Its annual conference will be in Lund, Sweden, this coming June (www.biocalorimetry.org).

Another likely place to find applicable discussion is in Ware, UK, at a GlaxoSmithKline facility early in April. Thermal Analysis and Calorimetry 2014 is organized by the Royal Society of Chemistry's Thermal Methods Group (www.thermalmethodsgroup.org.uk), and you can send queries about it to Catherine Barnes (catherine.x.barnes@gsk.com). This general conference includes themed sessions on the use of thermal analysis and calorimetry for product development in multiple industry sectors.

Later this year, check out the 11th European Symposium on Thermal Analysis and Calorimetry (www.estac11.fi), which will be held on 17â€“21 August 2014 in Espoo, Finland.

Scientific organizations are always a good source for more information and events. The International Conference on Chemical Thermodynamics (ICCT) is held every two years and organized by the International Association for Chemical Thermodynamics (IACT, www.iactweb.org). And the International Confederation for Thermal Analysis and Calorimetry (ICTAC, www.ictac.org) has 24 affiliated national or regional societies with a combined membership of over 5,000 people. Its aim is to promote international understanding and cooperation in thermal analysis and calorimetry by organizing international congresses and scientific committees.