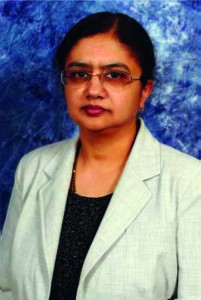 Nanda Subbarao is a senior consultant with the Biologics Consulting Group specializing in analytical, stability, and quality systems for chemistry, manufacturing, and controls (CMC) with good laboratory and manufacturing compliance (GLPs, GMPs). She has assisted pharmaceutical and biotechnology organizations in evaluation of analytical methods and method validation for a broad range of products ranging from conventional drugs to well-characterized proteins and vaccines, from preclinical to commercial phases. Subbarao has been involved several times over her career in projects to set up or upgrade current GMP- (CGMP) and GLP-compliant quality systems for laboratory and stability programs for products in development and on the market. She also participates in the AAPS Stability Focus Group Steering Committee.

Previously, Subbarao worked as stability manager for Sandoz (Novartis) in Dayton, NJ, where she led a group of chemists and sample coordinators/stability administrators for the research and commercial stability program. Before that, she worked at Pfizer in St. Louis, MO, on a team setting up CGMP systems for a new biologics QC laboratory. Her role included management of stability studies in contract facilities as well as preparation and review of CMC stability sections for biologics regulatory submissions.

Subbarao has coauthored numerous scientific publications and is a frequently invited speaker at a number of bioindustry conferences. She holds a PhD in bioorganic chemistry from the Indian Institute of Technology in Bombay (1985) and an MS in chemistry from the same institution (1980).

In January, Shire plc announced its purchase of Baxalta International Inc. for US$32 billion after six months of negotiations. The purchase cost of $45.57 per share is 37.5% above BaxaltaŌĆÖs closing price on 3 August 2015. Baxalta is expected to generate sales of $20 billion by 2020. Gianfranco Zeppetelli (GlobalData analyst in London, UK) says this deal marks a strong start to healthcare mergers and acquisitions for 2016, following a record-breaking 2015 when global transactions totaled $680 billion.

Zeppetelli says that Shire has now consolidated its position as a leading player in the rare-disease market. ŌĆ£Baxalta develops biotech treatments for rare blood conditions, cancers, and immune system disorders and┬Āwill provide Shire with a strong portfolio of hemophilia treatments, which accounted for 22% of the total global sales in 2014. Additionally, the acquisition further reduces ShireŌĆÖs dependence on its flagship treatment and primary sales generator.ŌĆØ That product (Vyvanse lisdexamfetamine dimesylate) is a small-molecule stimulant used to treat attention-deficit hyperactivity disorder (ADHD) and eating disorders.

Shire has been ŌĆ£bulking upŌĆØ after AbbVie Inc. abandoned a $52 billion buyout of it in 2014. Shire purchased NPS Pharmaceuticals Inc. for $5 billion in February 2015 and Dyax Inc. for $5.9 billion in November 2015. ŌĆ£Shire has already moved aggressively into the rare-disease treatment market, which accounts for about 40% of group sales,ŌĆØ Zeppetelli explains, ŌĆ£and the inclusion of BaxaltaŌĆÖs portfolio would double the size of that business. Baxalta will advance its strategy of building out a broad platform within the rare-diseases space. Baxalta will also benefit from a lower tax rate (perhaps as low as 16% by 2017) because Shire is headquartered in Dublin, Ireland.ŌĆØ

Warwick Business School professor John Lyon (a former Covance vice president) says, ŌĆ£It is always good to see deals that make good strategic sense, and this is one of them. Shire did not have a smooth year during 2015, when the US Food and Drug Administration rejected its application for a ŌĆśdry-eyeŌĆÖ indication.ŌĆØ The agency demanded further clinical trial data before it would consider the product for market again.

On 10ŌĆō11 February, the 2016 Pharmapack Europe in Paris identified several key drug-delivery and packaging trends that pharmaceutical companies must address in 2016. Chief among industry thoughts in 2016 were predicted to be the ongoing implementation of track-and-trace technologies and an impending European directive on falsified medicines.

European standard EN 16679 recently came into effect and provides guidance for application, use, and checking of tamper-verification features (TVFs) in packaging of medicinal products. By 2018, all prescription medicine in Europe will be required to include such features. As Dieter M├Č├¤ner (Carl Edelmann GmbH) pointed out, manufacturers are trying to decide which TVF to choose before that deadline.

Combination products also should be a key topic for 2016, with the integration of human-factors engineering (HFE), design for manufacturing (DFM), and design for assembly (DFA) seen as foundations for development of this product class. Ultimately, experts such as Lionel Jeannin (Novartis Pharma AG) and Bill Welch (Phillips-Medisize Corporation) envisage the emergence of smaller and smarter combination products that will require improved manufacturing scale-up strategies.

The next hotbed of potential innovations is said to be flexible packaging for personalized medicine. Ultimately, speakers say we may see packaging that can communicate with or be involved directly in the relationship between patients and physicians. But who will be the industry trailblazers remains to be seen. Can disruptive players such as Apple and Google help build new data ecosystems that revolutionize this status quo?

Outsourcing is continuing to accelerate in the age of the post-blockbuster world, with many innovations emerging rapidly from the contract services sector itself. This has implications not only in terms of regulation challenges and changes, but also in terms of skills migration from drug companies into their supply chain. The conference concluded with a roundtable on emerging technologies and innovation moderated by Daphne Allen, editor of Pharmaceutical & Medical Packaging News. And an ŌĆ£innovation galleryŌĆØ showcased advances in packaging intelligence ŌĆö such as new materials, primary and secondary packaging, delivery,┬Ālabeling, leaflets, anticounterfeiting technologies, and traceability ŌĆö that are expected to underpin the next generation of delivery technologies in 2016 and beyond. One highlighted example combines glass and plastic materials in parenteral containers to meet current and next-generation packaging needs, as described by Holger Krenz (SiO2 Medical Products).

ŌĆ£The year ahead is extremely exciting for the pharma packaging and drug delivery industry,ŌĆØ said Anne Schumacher (event director), ŌĆ£with new strategies across patient packaging and combination products as well as outsourcing helping to bring drugs to market faster. In the past few years, packaging and delivery have become an even more essential parts of a drugŌĆÖs regulatory approval process, adherence, and efficacy ŌĆö especially as the use of personalized care and cost-effective generics increases.ŌĆØ

GBI Research analyst Rodrigo Gutierrez Gamboa says, ŌĆ£Traditionally, once a drug was registered in a country, it was automatically reimbursed and available for an eligible population of patients. Today, however, regulatory approval does not guarantee market access, because the cost-effectiveness of a given drug must be thoroughly demonstrated before it receives coverage in a health system.ŌĆØ He says that HEOR offers some solutions by helping companies collect evidence that demonstrates the healthcare budgetary impacts new therapies will have, which in turn will help them price their products optimally.

ŌĆ£Cost-effectiveness takes into consideration the concerns of regulators and payers,ŌĆØ Gamboa explains, ŌĆ£which helps speed up a productŌĆÖs entry into the market. Such studies should be carried out alongside clinical trials by including end points of interest in the design.ŌĆØ Some European payers currently expect companies to conduct comparator trials for easy evaluation of drug effectiveness before they will list drugs in their formularies.

ŌĆ£Ultimately,ŌĆØ Gamboa concludes, ŌĆ£this might change the information basis for investment decision and commercial expectations. Therefore, it is important not only to gather the relevant information from the market, but to ensure that this information has the right weight and presence.ŌĆØ

Valued at $20 billion in 2015, the pharmaceuticals market in India could reach $55 billion by 2020, says research and consulting firm GlobalData. That would represent a compound annual growth rate (CAGR) of 22.4%, according to a January report, CountryFocus: Healthcare, Regulatory and Reimbursement Landscape ŌĆö India. A rapidly growing generic drug market is the primary driver of the nationŌĆÖs pharmaceutical sector, with sales expected to soar by >80% to $26.1 billion in 2016. Generics account for around 70% of IndiaŌĆÖs drug market.

GlobalData analyst Adam Dion says India is the largest provider of generic medicines globally. Another driver of IndiaŌĆÖs pharmaceutical sector is the potentially lucrative biosimilars market, which could reach $40 billion globally by 2020 with biologic treatments for diseases such as diabetes, cancer, multiple sclerosis, and rheumatoid arthritis. Dion says, ŌĆ£One company benefiting from a leading position in the biosimilars market is Dr. ReddyŌĆÖs. In 2007, Dr. ReddyŌĆÖs was the first to launch a biosimilar version of RocheŌĆÖs cancer drug rituximab (Rituxan), and it has four other biosimilars on the market. The companyŌĆÖs drug-characterization strategy and quality measures give Dr. ReddyŌĆÖs a significant competitive advantage that reduces the uncertainty of potential outcome differences when used in patients.ŌĆØ