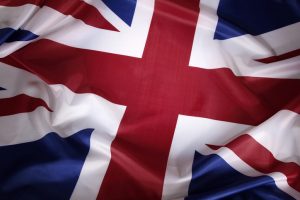 The SAMPLE program ŌĆö a Standard Approach to ATMP Tissue collection ŌĆö is intended to help build capacity for the UK National Health System (NHS) to expand the use of next-generation cell and gene therapies for both cancer and noncancer illnesses. Now it has been given the green light by Innovate UK (IUK), the United KingdomŌĆÖs technology strategy agency. An award through the Industrial Strategy Challenge Fund is supporting the program for standardizing how cell and gene samples are collected for modification as advanced-therapy medicinal products (ATMPs).

This project will be led by a team of researchers from The Christie, which as the largest single-site cancer center in Europe is part of the Manchester Cancer Research Centre in the United Kingdom. They will work with a nationwide consortium of NHS Trusts (including Manchester University NHS Foundation Trust, GuyŌĆÖs and St. ThomasŌĆÖs NHS Foundation Trusts in London, and Newcastle upon Tyne), the NHS Blood and Transplant agency, and the Scottish National Blood Transfusion Service ŌĆö as well as industrial partners

The Cell and Gene Therapy Catapult center of excellence in innovation, with its core purpose of building a world-leading cell and gene therapy sector in the United Kingdom, will support this project as coordinator of the advanced therapy treatment center network.

Preparing for the Future
The number of patients to be treated with ATMPs is predicted to rise to 10,000/year over the next decade from just about 200 patients in 2018. The biopharmaceutical industry will require a doubling or tripling in sample processing capacity to support that level of activity. The SAMPLE program will focus on developing a standardized approach to the procurement, processing, and storage of tissue- and cell-based starting materials that are essential to ATMP manufacture by building on existing resources and capabilities. The consortium will address proactively the organizational changes needed for ATMP treatments.

ŌĆ£Advanced therapies have the potential to change the way we treat many common serious diseases, including degenerative conditions and cancers,ŌĆØ says Marc Turner, medical director at the Scottish National Blood Transfusion Service says. ŌĆ£SNBTS is delighted to be working with commercial, academic, and healthcare partners across the United Kingdom to help realize this next generation of personal medicines.ŌĆØ
The SAMPLE program will address proactively the organizational changes needed to meet increasing requirements for treatment with ATMPs. Such products have significant health economic and organizational implications that need to be considered to enable more life-changing treatments to be provided to children and adults.

ŌĆ£SAMPLE represents a fantastic opportunity to link UK partners from across the NHS and industry to establish standard practices in the complex but very exciting field of advanced therapies,ŌĆØ says Fiona Thistlethwaite (medical oncology consultant at The Christie and a SAMPLE project lead).

Part of a Larger Plan
Ian Campbell (interim executive chair of Innovate UK) says, ŌĆ£The project will bring real benefits to patients and boost the knowledge economy as part of the governmentŌĆÖs modern industrial strategy. This is vital for the United Kingdom as a global leader in development of advanced therapies and medicine manufacturing.ŌĆØ Innovate UK has funded not only the SAMPLE study, but also development of the advanced therapy treatment centers themselves.