Like spectroscopy, as discussed in BPI Lab last month (1), cell signaling is not a laboratory technique but rather an area of scientific study. The environment of living cells — whether prokaryotic or eukaryotic, in vitro or in vivo — comprises not only water, nutrients, waste products, and metabolites, but also molecules released by other cells in response to intracellular events such as microbial infection and disease state or environmental factors such as temperature, osmolality, and pH. Receptor proteins on the surface of each cell pick up such molecules and react accordingly.

Clearly, this topic is vital to disease research — and thus drug product development, preclinical testing, and clinical studies. But it also comes into play in culture optimization and other aspects of upstream (production) process development. And the nature and behavior of cell and tissue therapies are highly dependent on molecular communications among therapeutic cells both during manufacturing and in vivo.

Signaling molecules include hormones, neurotransmitters, and cytokines. Their classifications are based on activity rather than their structural nature. And some molecules fit into more than one class. Epinephrine, for example, is both a neurotransmitter and a hormone. 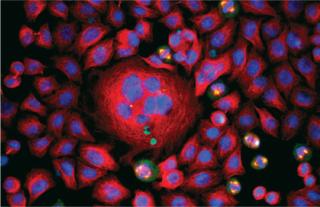 Cell signaling evolved early in the history of life. Evolving first in ancient prokaryotes, signaling molecules were later put to new uses by single-celled eukaryotes and, later, their multicellular descendents. Bacteria use molecules such as acyl-homoserine lactone to determine their population density (quorum sensing). Early eukaryotes such as yeasts need a way to find one another for mating. Some send out peptide signals (mating-factor pheromones) that induce others to prepare for mating — so they’ll be ready when the cells come into contact with one another.

Although cell signaling research could be said to be as old as biology itself — as much as biotechnology can be said to have begun with the first fermentations of foods and beverages — the first published discussions of signal transduction appeared in 1970s journal articles. Some early papers also called it sensory transduction. By the end of that decade, thousands of scientific papers were published on the subject — and the numbers have grown rapidly since then.

The 1994 Nobel Prize in medicine was awarded to American biochemists Martin Rodbell (late director of the National Institute of Environmental Health Sciences) and Alfred G. Gilman (dean of the University of Texas Southwestern Medical Center at Dallas) for their 1970 work on G-proteins and the role those play in signal transduction.

Only recently in the history of cell signaling research have scientists pursued it at the single-cell level (2). Studies using quantitative polymerase chain reaction (qPCR) in bulk assays to test the collective response of cells in groups could not elucidate what was happening to individual cells. Laboratory microfluidics chips and imaging assays are making that possible.

Cell Signaling in the BPI Archives at www.bioprocessintl.com

Many different instruments are used in cell-signaling research: from flow cytometry (3), PCR methods (4), and surface plasmon resonance (SPR) to Western blotting and sandwich-style enzyme-linked immunosorbent assays (ELISAs). The latter technologies will be addressed in their own installments of BPI Lab in 2014.

Example Technologies: IN Cell Analyzer systems from GE Healthcare provide high-content analysis (HCA) and high-content screening (HCS) of fixed and live cells with imaging by a modular lamp or a laser. The company also sells Biacore SPR systems, which allow for real-time, label-free detection and characterization of biomolecular interactions.

Cellular microarrays are used for studying live cells on a solid support, usually a “lab-on-a-chip” approach (5). Antibodies, proteins, lipids, and such are spotted onto such chips to interact with cells and thus capture them in specific locations. When certain materials are combined in those spots, cellular responses and/or changes in phenotype can be triggered as well as detection methods enabled. Microarray technology is still new enough to be largely the realm of research institutions, but companies working in the area include Affymetrix, Illumina Inc., Microarrays Inc., Miltenyi Biotech, Oxford Gene Technology, Phalanx Biotech Group, and SA Biosciences (a Qiagen company).

Some companies create custom and catalog reagents designed specifically for cell-signaling research (6). EMD Millipore, for one, offers Calbiochem small-molecule reagents, Upstate and Chemicon antibodies and immunoassays, a portfolio of cell-based assays, and flow cytometers and related products. Bio-Rad Laboratories touts its magnetic-bead–based assays. And Cell Signaling Technology focuses its catalog entirely on this area of research. Other companies making such offerings include BD Biosciences, Beckman Coulter, Cell Biolabs, DiscoveRx Corporation, Imgenex Corporation, Life Technologies, Luminex Corporation, Perkin Elmer, Promega Corporation, PromoCell, R&D Systems, Rockland Immunochemicals, Sigma Aldrich, SignalChem, Southern Biotech, TGR Biosciences, and Thermo Scientific. Several of those are involved in the instrument side of things, as well, and some provide cell-signaling research services. Most “outsourced” research of this type, however, is the subject of the sorts of industry–academic partnerships that many drug-sponsor companies are getting into.

As the references cited in the “BPI Archives” box on the previous page suggest, cell signaling assays find utility in cell and tissue therapy development as well as in cell culture process optimization. They can help bioengineers monitor and adjust culture media and feeding, help identify the best-producing clones, and help determine the optimum culture conditions for protein expression. Signal transduction is important to stem-cell differentiation, so cell-signaling assays are very important in quality control and process development of stem-cell therapies. And when cells organize themselves into tissues and organs, they do so with the help of cell signaling. Studying associated signal transduction is helping researchers find the best ways to build working organs as well as functional tissue grafts. And most cell-based bioassays could also be considered cell-signaling assays (6).

Because of its many applications in disease and drug research, cell signaling is a topic of discussion at a range of events focusing on drug discovery, cancer and other diseases, cell/tissue therapies, toxicology, and even cell culturing.

Signalling 2013: From Structure to Function was held this past July at the University of York in Great Britain — and the United Kingdom’s Biochemical Society will surely hold more such meetings in the future. The Signal Transduction Society holds its 17th joint meeting in Weimar, Germany, early in November 2013. Also in November, the 6th Barossa Meeting in Australia will focus on the theme of Cell Signalling in the Omics Era. This year’s annual meeting of the American Society for Cell Biology will be in New Orleans, LA, for December 2013. The Cold Spring Harbor Laboratory hosts a series of meetings focused on specific cell pathways. And almost any conference that covers advances in research on a specific disease type (e.g., cancer) will feature cell signaling heavily. 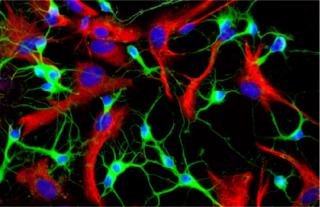