Biotechnology companies have invested billions of US dollars in new manufacturing infrastructure, expanding the industry’s total mammalian cell culture production capacity from 670,000 L in 2002 to 2,550,000 L in 2010 (Figure 1) (1). This capacity expansion is estimated to have cost the industry about $20 billion (Figure 2) (1). 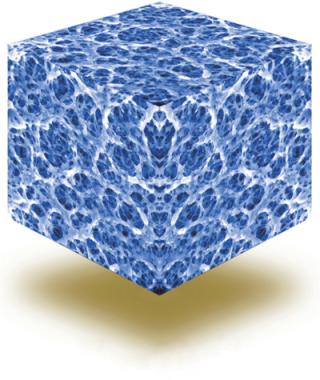 That production capacity (and the investment it represents) is severely underutilized. Current estimates are that some 75% is controlled by just 10 large companies (2). Plants at the five largest product companies are estimated to be running at Ōł╝45% of their capacity, with the rest of the industry using just 38% of installed and available capacity (2). In other words, roughly 60% of available capacity is currently dormant.

In some industries, capacity underutilization is primarily a result of too much infrastructure chasing too little volume. But this is not the case in biotechnology. Although demand for production capacity is expected to double by 2016 as new products enter the market, that additional volume will not fill the industry’s underused assets by itself. To understand why, it is helpful to consider the ŌĆ£three PsŌĆØ of modern bioprocessing: pipelines, patients, and productivity.

The Conundrum of the Three Ps

Much has been written and commented about the changing fabric of the biopharmaceutical landscape. To understand how this creates a critical manufacturing obstacle, consider the combined impacts of product pipelines, patient populations, and process productivity.

Product Pipelines: When the biopharmaceutical industry designed and built its first and second generation of biomanufacturing plants, each manufacturer was generally focused on a narrow pipeline featuring just a few clinical candidates. That led them to create focused, single-purpose production facilities. Flexibility was not a concern; in fact, the introduction of plant flexibility was considered a risk factor to be avoided.

Today, pipelines have swelled because of a number of dynamics: advances in research and development (R&D), innovation and proliferation, merger and acquisition (M&A) activity, and licensing. In its 2011 report on biotechnology medicines in development, the Pharmaceutial Research and Manufacturers of America (PhRMA) reported that US companies were developing more than 900 biotech medicines and vaccines (3). And hundreds more are in development outside the United States.

In the near future, industry observers predict that a trend toward specialized, targeted niche products ŌĆö and eventually microniche personalized medicines ŌĆö will affect how biomanufacturing capacity is used. Those 900 products currently under development by US companies target more than 100 different diseases and conditions (3). Few of those products will have the critical mass to justify a dedicated large-scale plant investment. Instead, most will require production on more agile and flexible manufacturing lines. In addition, the emergence of biosimilars is expected to splinter the erstwhile goliaths of the biotechnology world, reducing production needs for their associated original branded innovator products while generating multiple competitors, each of which will need to be made at smaller scale than the original did alone.

Process Productivity: Most biomanufacturing plants in service today were designed to support protein expression titers of 10 g/L in the future. Upstream process equipment has evolved to accommodate this new order of productivity, and single-use systems have emerged to handle the smaller, richer cell culture runs that come with it. To date, however, downstream technologies have not enjoyed the same level of innovation.

Two Different Realities: Taken together, those ŌĆ£three PsŌĆØ paint a picture of two very different biopharmaceutical industries. A decade or so ago, the industry was building a manufacturing strategy that called for a very narrow capacity target. Each company had just a few drugs in its pipeline, with each of those aimed at its own very large patient population. The relatively low productivity of early processes meant that massive volumes of material had to be processed. That led to a generation of specialized facilities that could each produce a single drug in large quantities at low efficiency.

Now the industry has matured. This includes a proliferation of biologic drug pipelines, each candidate needing its own manufacturing process. Thanks to personalized medicines and other factors, most new products are targeted at smaller patient populations than their predecessors. Meanwhile, although existing capacity was built to handle productivity of lant operations require process trains that can handle multiple drugs and quickly adapt to accommodate volume and productivity ranges across a broad spectrum. Existing process schemes and established capacity capabilities are simply unable to meet those requirements.

Downstream purification technology is the main roadblock to enabling existing plants to adapt to a new, smaller-scale, flexible model. While other technologies were advancing to enable flexibility in scale and process, downstream systems have not improved to match. Existing plants that were designed for single products are often ŌĆ£wrong-sizedŌĆØ for the new processes they are asked to accommodate. Whether the upstream scale shifts up or down, downstream infrastructure is generally fixed. Continuing gains in upstream productivity are further exacerbating this problem as downstream systems struggle to handle the product-rich feed-streams being generated.

Among end-users, a recurring theme in bioprocessing surveys identifies the downstream bottleneck as a critical facility issue. In 2011, nearly 70% of respondents to the annual BioPlan Associates industry survey reported that their plants were experiencing some degree of capacity bottleneck as a result of downstream processes (4). But what should the downstream solution look like? Certainly, productivity of chromatography media is a continuing focus, but to date only incremental improvements have been reported. Even with much greater productivity, massive capital-intensive glass or stainless columns present barriers to flexibility and adaptability.

The new age of biomanufacturing requires purification systems that can handle multiproduct processing, which suggests a good application for single-use technology. The bioprocess industry needs technology that can easily adapt to different process scales when titers, potencies, and volume requirements vary. This new downstream technology also must be capital efficient ŌĆö and of course, it cannot sacrifice specificity, safety, or final product quality.

Natrix Separations is commercializing a next-generation chromatography technology for capture and purification of biotherapeutics, including monoclonal antibodies (MAbs), proteins, and other biologics. This patented technology has demonstrated step-change improvements in the way biopharmaceuticals are harvested and purified. The technique is designed to process feed-streams 10ŌĆō25 times faster than other types of chromatography with industry-expected binding capacity and specificity. A combination of speed and capacity enables these products to be downsized much smaller than other systems with a single-use design.

Advective chromatography media are packaged in fully disposable cartridges that are engineered with a compact, modular architecture to be configured for a range of process conditions. Multiple cartridges have been operated in parallel, which enables end-users to modulate downstream capacity (up or down) as needed. As key variables change from process to process, these cartridges can be used to customize the scale and chemistry requirements demanded for a specific process. A range of sizes in development will address scales ranging from R&D to process development to clinical manufacturing, validation, and commercial manufacturing. The modular format enables users to adjust their downstream unit operations much as they can with the latest single-use upstream equipment.

About Advective Chromatography: This technology consists of a polymeric hydrogel formed within a flexible porous support matrix. The support provides mechanical strength, and the functionalized hydrogel properties determine a given product’s separation chemistry.

Three-dimensional macroporous hydrogel polymers provide high binding-site density and a large surface area for binding and rapid mass transfer. Effectively, the entire product content area of the medium is an active binding site. Both support and separation components can be optimized independently. 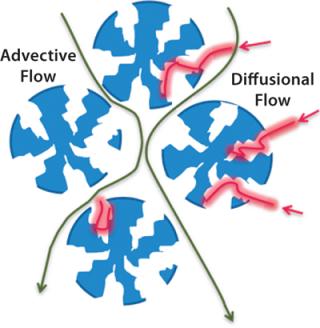 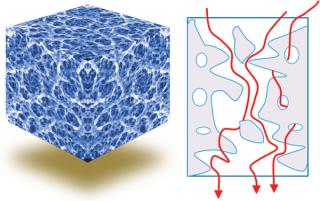 The single-use cartridges are like prepacked columns, similarly eliminating many constraints imposed by traditional downstream processing. They provide for a highly adaptable platform for drug-makers who have long sought alternatives to fixed, inflexible processes.

Advective media can be produced with a wide ranging array of functionalities including common chemistries such as ion exchange (IEX), affinity, hydrophobic interactive chromatography (HIC), and protein-based ligands. All Natrix products feature chemistries that are established and well understood and that have been widely validated by the bioprocess industry. First-generation products will offer options for HIC, methyl sulfonate (S), carboxylic acid (C), and quaternary amino (Q) chemistries. The technology features identical molecular-level adsorption and desorption functionality to that of conventional chromatography resins. The difference lies in how the established chemical functionality is effectively and efficiently presented to a flowing feed stream.

Performance Case Study: Figure 5 charts data for a test program evaluating Natrix cation exchange (CEX) as an alternative to protein A for primary capture of a clarified feedstock. As shown, excellent binding capacity and repeatability was achieved at high flow rates (10 membrane volumes per minute).

Using ion exchange for MAb capture is not a new concept, but its implementation in place of protein A would require further downstream process development. Several companies offer other chemistries for downstream purification steps that could enable completely disposable platform processes. These data suggest an opportunity to drive a new business model for biotherapeutic manufacturing, the additional economics for which seem compelling.

Economic Impacts: Advective chromatography could offer significant economic improvements for drug makers. In addition to the plant-use improvements described below, a modular, single-use platform could provide cost savings beyond the simple conversion of resin cost to single-use device cost:

Biopharmaceutical companies could make much better use of their existing investments in manufacturing capacity with this debottlenecking strategy because that capacity would be able to adapt and adjust to the mix of products in each company’s pipeline. Depreciation is the single biggest line item in biotherapeutics cost of goods (5). So making use of existing assets without significant new downstream-processing capacity investments could provide a significant benefit across the industry. Advective chromatography could enable companies contemplating the addition of new manufacturing capacity to optimize their new facilities around single-use operations and create optimized, flexible manufacturing spaces.

Breaking Out of the Box

The cost, size, and versatility advantages of advective chromatography could provide an entirely new level of flexibility for biomanufacturers who were previously trapped by their giant glass and stainless-steel chromatography columns. Manufacturing facilities that were previously operating at <50% of their design capacity could be leveraged to operate at much higher levels. This could provide great improvements in return on assets and higher throughput capabilities, ultimately helping companies achieve the lowest possible cost per gram of their biotherapeutics.