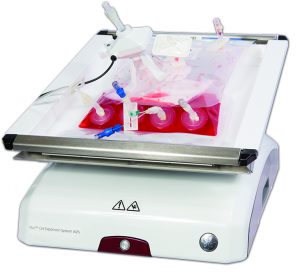 Ensuring optimal and maximal T-cell production is critical for adoptive immunotherapy and its continued success. The Xuri Cell Expansion System is an important component of the clinical manufacturing process. So we sought to investigate the effect of rocking rate and angle on the expansion of T cells. We used a combination of experimental data and predictive modeling and found that the rocking rate significantly influences the expansion potential of T cells with minimal contribution from the rocking angle. The results indicate that a rocking rate of 15 rocks per minute (rpm) and an angle of 6° are optimal for a 1-L bioreactor to maximize cell growth using a Xuri Cell Expansion System.