The demand for monoclonal antibody (mAb) therapies is growing at an unprecedented rate likely due to their proven effectiveness in treating a wide range of illnesses.

The recent pandemic is just one example of a situation where the potential of mAbs to reverse even the most severe disease was realized. This bodes well for mAb biosimilar manufacturers ready to bring many more products to market over the next decade.

MAbs had a significant head start over novel technologies developed over the last couple of years. Several mAb therapies for arthritis and certain cancers were already blockbuster drugs long before 2019, generating over $150 billion in revenue. A large swath of patient populations was already familiar with the safety and effectiveness of these products for a broad range of illnesses. Manufacturers built this trust in mAb products over time, in part by focusing on quality. 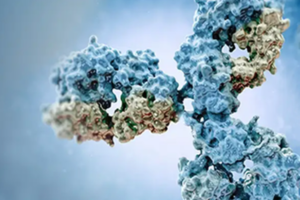 The quality of mAbs is ensured by comprehensive physicochemical and biophysical characterization. This testing regimen occurs both prior to the approval of a mAb by a regulatory agency, and afterward by continually monitoring the manufacturing process before the release of final products to patients. This quality process focuses primarily on critical quality attributes (CQAs) of the mAb product, which a manufacturer must assess throughout development and the commercial product lifecycle. Biosimilar manufacturers have additional requirements because they must demonstrate that the CQAs of their product are like those of an originator product. Understanding any relevant structural or functional differences between a biosimilar and the original mAb requires significant knowledge of the capabilities and limitations of the available analytical methodologies.Â  As large complex proteins, mAbs are highly susceptible to several modifications, including glycosylation, oxidation, and deamidation. The result of these modifications is product heterogeneity that challenges many analytical techniques.

Many of these challenges can be overcome by using a well-characterized standard to demonstrate that tests deliver reliable and reproducible results. For example, adequately vetted mAb reference standards (RSs) can be used as an independent control material to de-risk method development. Biosimilar manufacturers have reported that batches of reference products extracted over time do not have an identical analytical profile. So, using an additional control such as a mAb RS to demonstrate a method is in control when values change, assures a laboratory that a change is not due to their instrument or a method error. A manufacturer can also use RSs to standardize analytical methods for assessing mAb CQAs, including intact mass, charge heterogeneity, size variants, glycoprofile, and purity. Finally, mAb RSs can be instrumental in developing platform technologies and controlling the proficiency of any methods transferred to a contract manufacturer.