In a big week for Big Pharma M&A, Alexion has agreed to buy Factor D inhibitor developer Achillion and UCB will add a late-stage FcRn targeting antibody through its acquisition of Ra Pharmaceuticals.

Alexion Pharmaceuticals, which itself has been in the news recently as a potential target for M&A-hungry Amgen, announced today it has agreed to buy clinical-stage biopharmaceutical company Achillion Pharmaceuticals for approximately $930 million (â‚¬842 million). 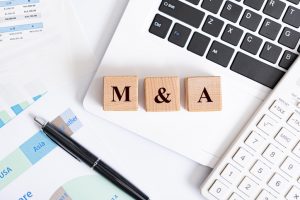 â€śAlexion has demonstrated the transformative impact that inhibiting C5 can have on multiple rare and devastating diseases. However, we believe this is just the beginning of whatâ€™s possible with complement inhibition,â€ť said Alexion CEO Ludwig Hantson.

The addition of Achillion is the latest move by Alexion to expand its pipeline.

In September 2018, the firm acquired early-phase biotech Syntimmune for an upfront payment of $400 million, adding SYNT001, a humanized monoclonal antibody candidate that inhibits the interaction of FcRn with Immunoglobulin G (IgG) and IgG immune complexes.

â€śIn addition, the combination will provide us with the opportunity to become a leader in treating people living with myasthenia gravis, an auto-antibody mediated neurological orphan disease with high unmet medical need, as well as adding a highly productive technology platform to our innovation engine.â€ť

Lead candidate Zilucoplan is a peptic C5 inhibitor, which â€“ combined with UCBâ€™s anti-FcRn rozanolixizumab â€“ could create an opportunity to treat myasthenia gravis and several other rare diseases in neurology and immunology.

UCB also gains access to the synthetic macrocyclic peptide platform ExtremeDiversity, which is based on messenger ribonucleic acid (mRNA) display. â€śIt has the potential to augment UCBâ€™s drug discovery capabilities and provide access to Ra Pharmaâ€™s proven expertise and talent in this area,â€ť UCB said.