Biogen has upped its stake in Korean biologics and biosimilar developer Samsung BioLogics from 5.4% to 50%, minus one share.

Samsung Bioepis was founded in 2012 and has since been one of a handful of drugmakers to see regulatory success with biosimilar products both in Europe and the US.

A joint venture between Korean contract development and manufacturing organization (CDMO) Samsung BioLogics and biopharma firm Biogen, the former has until now been the dominant stakeholder, holding 94.6% of the firm. 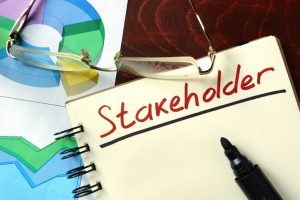 But in May this year, Biogen announced its intention to exercise an option of the joint venture and up its stake in the company, something the firm completed last week.

As of November 7, Biogen now owns 50% of Samsung Bioepis, minus one share, having paid Samsung BioLogics about 759.5 billion KRW ($670 million).

ŌĆ£We will strive to remain a successfully joint venture with the global biotechnology company through close consultation as we have entered into a full-fledged joint management system by ending this asset transfer deal,ŌĆØ Samsung BioLogics CEO TH Kim said in a statement.

Biogen will also up its presence on the Bioepis board from one to three, matching Samsung BioLogicsŌĆÖ members.

When Samsung BioLogics launched its initial public offering (IPO) in 2016, its prospectus (here in Korean) names Benepali as its major product within its subsidiary. Benepali is Samsung BioepisŌĆÖ biosimilar version of AmgenŌĆÖs Enbrel (etanercept) approved in Korea, Europe, Australia, Canada (marketed as Brenzys), Brazil and Switzerland.

Speaking with BioProcess Insider last month, Brian Hosung Min, senior vice president of the Drug Substance Team at Samsung Bioepis, said the drugmakerŌĆÖs remains independent from its parent companies, and is free to engage with pharma and CDMO partners where necessary.

He did not divulge where Benepali or other Bioepis biosimilars are being produced, but said the firm uses numerous CDMOs including Samsung BioLogics and Biogen.

And when asked, Samsung BioLogics told us: ŌĆ£We are not allowed to talk about our clients or products.ŌĆØ