Over the past decade, the share of the entity has shifted ŌĆō Samsung Biologics began with an 85% share, which later increased to 94.6% before Biogen paid $670 million in 2018 for a near even split ŌĆō but now Biogen will exit the JV by selling its stake to its partner. 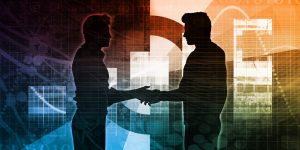 Samsung Biologics will pay Biogen $1 billion in cash up front with a further $1.25 billion to be deferred over two payments: $812.5 million will be due at the first anniversary and $437.5 million due at the second anniversary of the closing of the transaction.

Since its founding, Samsung Bioepis has become a major player in the biosimilar space, with six products approved across several regions. These include versions of blockbuster biologics including AmgenŌĆÖs Enbrel (etanercept), J&JŌĆÖs Remicade (infliximab), AbbVieŌĆÖs Humira (adalimumab), and RocheŌĆÖs Herceptin (trastuzumab). Four more biosimilars are in Phase III clinical trials.

Despite BiogenŌĆÖs exit from the space, CEO Michel Vounatsos said ŌĆ£biosimilars are essential to help sustain healthcare systems and represent an important value creation opportunity for Biogen.ŌĆØ Biogen could still receive up to $50 million upon achievement of commercial milestones going forward.

The acquisition moves Samsung Biologics further away from the pure-play CDMO business it has developed over the past decade and towards a top tier pharmaceutical company, something the firm told this publication last year was near the top of its growth strategy.