Novartis’ $9.7 billion move for inclisiran developer, the Medicines Co, and US approval for Alnylam’s Givlaarim have put RNA interference back in the headlines.

RNAi therapies treat disease by interfering with – or “silencing” – genes. 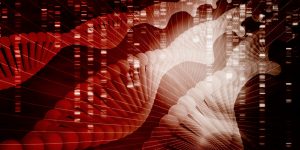 The RNAi approach is analogous to “turning off the faucet” rather than clearing up the flood according to the Medicines Company’s Michael Blash, who says targeting the root cause of a disease has advantages.

“siRNA therapies are designed to be highly selective, working precisely at the desired target and minimizing the risk of off-target effects,” he says.

Inclisiran is not the only cholesterol treatment to target PCSK9.

Both Amgen’s Repatha (evolocumab) and Sanofi-Regeneron’s Praluent (alirocumab) attempt to reduce cholesterol levels by binding the protein, preventing it from interacting with LDL receptors.

Repatha and Praluent are monoclonal antibodies which are made in cell lines cultured in bioreactors. Inclisiran, in contrast, is a chemically synthesised string of nucleotides that correspond to those of the mRNA molecule.

Production is relatively straightforward says Blash who told us inclisiran is made by Agilent at a facility in Boulder, Colorado. The CDMO also has capacity for the product at a second site in Frederick, Colorado.

“Commercial scale has been achieved and there is a clear path to manufacture at a large scale to meet demand for inclisiran,” Blash says.

To date only two RNAi drugs have been given the green light by the US FDA: Givlaari which was cleared on November 20 [2]; and Onpattro (patisiran) – also made by Alynlam – which was approved in August 2018.

Whether inclisiran joins them on pharmacy shelves remains to be seen, but the signs are positive.

At the European Society of Cardiology meeting in September [3] data from the Orion-11 study suggested inclisiran was safe and effective.

And this month at the American Heart Association conference data from two additional studies indicated the drug works as well as monoclonal antibodies that target PCSK9 [4, 5].

“The comprehensive Phase III inclisiran program showed potent and durable reduction of >50% in LDL-C on top of standard of care with an excellent safety profile.

“Upon closing, the acquisition of The Medicines Company would add a soon-to-be-launched investigational product that could potentially transform the treatment paradigm for a major public health issue.”

Novartis’ acquisition of the Medicines Co. is expected to close early next year.