Charles River Laboratories and ASC Therapeutics have partnered to manufacture ASC618, a second-generation gene therapy that aims to treat hemophilia A.

The agreement builds upon the firmâ€™s relationship initiated in 2019 where ASC collaborated with Charles River (previously operating as Vigene Bisosciences prior to the acquisition last May) to use the contract development manufacturing organizationâ€™s (CDMOs) processes for adeno-associated virus (AAV) production and purification.

According to Charles River, together the firms have established a high-yield upstream process for AAV8 production, secured a scalable production process in both upstream and downstream, as well as optimizing the downstream purification methods to be a more predictable drug product output. 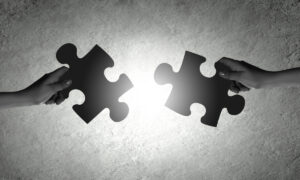 ASC618 is an AAV8-based gene therapy for the treatment of hemophilia A, which is caused by the lack of the blood clotting factor VIII (FVIIII) and can cause increased bleeding. ASC618 has been designed to carry a shortened, but optimized version of the gene to liver cells and ASC has received IND clearances, as well as regulatory designations in Europe and the US for the program.

The production and testing, fill-finish for ASC, and upstream and downstream processes will take place at Charles Riverâ€™s facility in Rockville, Maryland.

â€śOur facility in Rockville is undergoing ongoing expansion and investment to support our diverse client base. This will include the addition of a 1,000 L capacity bioreactor, to enhance capability for large-scale manufacturing programs,â€ť Dolph said.

Charles River claims the partnership will take advantage of its end-to-end CDMO capabilities and will build on the firms acquisitions of Cognate BioServices, Cobra Biologics, and Vigene Biosciences, which has increased its cell and gene therapy portfolio into cell therapy, viral vector and plasmid DNA production (pDNA).