Shanghai-based I-Mab is in talks with global drugmakers about a potential sale of the whole company or its oncological assets, according to a Bloomberg article.

The Bloomberg article claims US and EU pharmas were interested in I-Mab, given its portfolio of 10 clinical stage oncology antibodies plus access to the worldâ€™s second largest pharmaceutical market.

Bloomberg noted that I-Mab has lost three-fourths of its market value since the prices for pharmaceutical companies peaked in June 2021. When it announced its 2021 year-end results, I-Mab reported $671 millionÂ in cash. Combined with expected milestone payments, I-Mab said it has enough capital to fund operations through 2025. 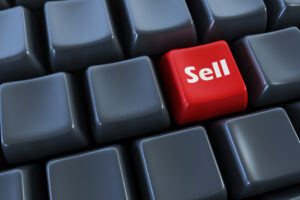 Last fall, Bloomberg published a similar story about an I-Mab deal, saying the company could out-license an asset or seek a direct investment in the company. At the time, it did not mention a sale of the whole company. After the latest story broke, I-Mabâ€™s NASDAQ-listed ADRs jumped 18% on the news. The company has a market capitalization of $1.3 billion.

I-Mab does have a potential problem with its US listing. The US has threatened to de-list all foreign based companies that do not open their books to US auditors, a move that is directed primarily at China based companies.

Until now, China has forbidden China companies from letting foreign representatives audit their finances, citing national security concerns. The countryâ€™s authorities have promised to revamp the policy, giving auditors full access to financial data while excluding only matter that directly affects national security. So far, US authorities have taken a wait-and-see attitude to the changes.

Unlike most China biopharmas with a US listing, I-Mab is listed only in the US. It has filed for a Shanghai STAR Board listing, but the market for biopharma IPOs has deteriorated greatly over the past year.

In 2020, I-Mab announced a blockbuster $2 billion deal with AbbVie ($150 million upfront) for global ex-China rights to I-Mab’s anti-CD47 mAb. The agreement included options on two other anti-CD47 molecules for another billion dollars.

Earlier this year, the company partnered with Hangzhou Qiantang New AreaÂ to build a manufacturing facility for its transition to commercialization. I-Mab Hangzhou’s initial product will be felzartamab, an anti-CD38 monoclonal antibody that has completed Phase III trials as a third-line treatment for multiple myeloma.

The following is more of the 2021 year-end review that I-Mab provided for its shareholders:

This story was first published in ChinaBio Today on April 22