The deal adds to CognateŌĆÖs presence in the regenerative medicine space by bringing on board plasmid DNA and viral vector manufacturing capacity and expertise, complementing its own autologous and allogeneic cell-based and cell-mediated gene therapy capabilities. 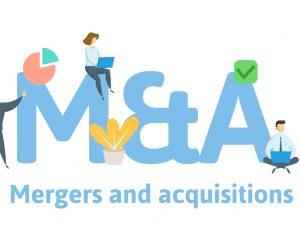 According to Cognate, the deal will create a fully integrated cell and gene therapy CDMO providing more scalable solutions to its clients.

ŌĆ£This acquisition is central to Cognate’s strategy to build on its existing offerings and create an enterprise platform for life cycle management of cell and gene therapy products, accelerating the availability of new technologies to patients that need them most,ŌĆØ said Cognate CEO J. Kelly Ganjei.

The transaction is subject to receipt of approval for the US authorities under the Hart-Scott-Rodino Antitrust Improvements Act of 1976.

Peter Coleman, CEO of Cobra Biologics, told Bioprocess Insider the two companies will operate as different business units and he will continue to be involved with Cobra following the acquisition.

“There will be elements of integration, in particular linking the technical capabilities together, but the intention is to operate as two separate business units each with its own specialization and track record.”