The combination of cold-chain logistics and biostorage places Cryoport in good stead for the arrival of allogeneic cell therapies, an analyst says. Cryogeneâ€™s proximity to Lonzaâ€™s Houston site is also a boon.

Cryogene brings a 21,000 square-foot biostorage facility â€“ which specializes storing biological specimens, materials and samples â€“ to Cryoport, and will be immediately accretive to Cryoportâ€™s earnings. Cryogene reported revenues of approximately $3.9 million in 2018, according to an SEC filing. 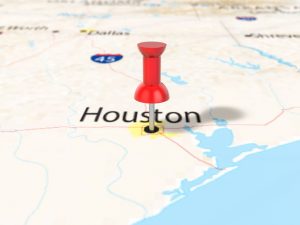 Jerrell Shelton, CEO of Cryoport, said the bolt-on will become an important part of Cryoport as it increases its temperature-controlled bioservice capabilities. â€śBy adding Cryogene to its family, Cryoport is further building out its ecosystem to better serve the life sciences and, especially, regenerative therapy.â€ť

â€śWe see the deal as a natural fit that gives Cryoport a more complete end-to-end solution for the regenerative medicine market.â€ť

He added the proximity of Cryogene’s facility to Lonzaâ€™s recently opened Houston site is likely to support â€śsignificant future growth.â€ť The site opened its doors in April 2018 and is the worldâ€™s largest dedicated cell and gene therapy manufacturing facility.

But in the longer-term, Couillard suggested the acquisition will place Cryoport in a good position to capitalize on the advent of allogeneic cell therapies, as, he noted, off-the-shelf therapies could evolve the current biostorage model â€śinto a more comprehensive bio-services model over time, with storage sites acting as fulfillment centers.â€ť

He continued: â€śOver time, we could envision Cryoport operating a network of small/mid-sized biostorage sites, making it a more critical supply chain partner for cell and gene therapy clients. For now, we like the deal: profitable asset with good growth and low downside risk. But if the market develops, we see the combo of logistics and biostorage as a much more formidable model that will be tough to replicate.â€ť