The US Department of Health and Human Services has terminated a long-term CDMO partnership with Emergent BioSolutions, which included a $628 million deal to produce COVID-19 vaccines.

In 2012, Emergent BioSolutions entered into a public-private partnership for pandemic preparedness with the Biomedical Advanced Research and Development Authority (BARDA), part of the US Department of Health and Human Services (HHS).

When COVID-19 hit, the partnership was expanded with Emergent receiving $628 million as part of the federal governmentâ€™s pandemic response Operation Warp Speed for committed manufacturing vaccine capacity across Emergentâ€™s network. 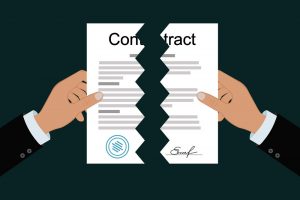 But this week the Center for Innovation in Advanced Development and Manufacturing (CIADM) contract â€“ as it was known â€“ has been terminated, Emergent announced in an SEC filing.

â€śThe program was initiated in 2012 in recognition of the shortage of domestic manufacturing capability needed to respond to an unforeseen widespread public health threat following the H1N1 influenza pandemic,â€ť Emergentâ€™s CEO Bob Kramer said on a financial call yesterday.

â€śWhile an innovative idea, execution of the CIADM program and the necessary operational investments by all administrations fell short of what was needed to maintain capability in case of an emergency. In fact, when the COVID pandemic struck, Emergent was just one of two original partners remaining in the program. Despite the issues, we responded swiftly engaging several of our facilities to meet the government’s needs and made incredible progress in a time frame never before attempted under very challenging conditions.â€ť

Emergentâ€™s COVID-related work under the contract included providing drug substance capacity for the AstraZeneca vaccine at the companyâ€™s Baltimore Bayview, Maryland facility, and fill/finish capacity for various COVID-19 therapeutic candidates at its Camden and Rockville (both Maryland) sites.

Kramer reminded stakeholders that the COVID-19 work under the CIADM was expected to end this year citing â€śthe government’s decision to remove the AstraZeneca product from Bayview and to not direct additional work to Bayview to take its place made it pretty clear that they no longer needed that reserved space.â€ť

The Bayview site has also been commissioned by Johnson & Johnson to support its COVID vaccine, but an ingredient mix up earlier this year rendered 15 million doses unusable and landed Emergent with a Form 483 and a directive to stop production from the US Food and Drug Administration (FDA).

The end of the CIADM program does not affect Emergentâ€™s work with Johnson & Johnson, Kramer noted and â€“ having resumed production at Bayview in July following â€śthe implementation of rigorous and comprehensive quality enhancementsâ€ť â€“ the CDMO has now dedicated the plant to support drug substance for J&J.

Emergent will take a $180 million hit due to the end of CIADM, the firm said, though the charge will be partially offset by the recognition of $60 million in deferred revenue and other final payments related to the base agreement.

For the quarter, Emergent reported total revenues of $329 million, down 15% on the same period 2020, though revenue from contract development and manufacturing services increased $59.5 million thanks mostly to its contract with J&J.