Forge Biologics has something rare for most early-stage biotech startups: revenue from customers. Now it has $40 million to expand its model, which places contract manufacturing alongside the development of its own gene therapies, the most advanced of which is being readied for tests in humans.

From operations in Columbus, Ohio, Forge makes gene therapies for other companies. The company was initially conceived solely as a contract manufacturer, CEO Tim Miller told Xconomy. The explosion of gene therapy research is leading to growing demand for manufacturing capabilities ŌĆōmuch more than the industry is forecast to supply in coming years. Miller says Forge will do its part to help address those needs.

But ForgeŌĆÖs founders realized that the company could funnel the manufacturing revenue into the development of its own gene therapies. This model reduces the financial burden on the company and by providing it with cash to pay for R&D. 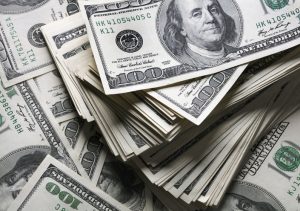 ŌĆ£It didnŌĆÖt start that way, but we grew into it, and thatŌĆÖs the model thatŌĆÖs resonated with investors and key members that wanted to sign on,ŌĆØ Miller says.

The most advanced Forge program is a gene therapy for┬ĀKrabbe disease, an inherited neurological disorder caused by a loss of myelin, a protective covering of the nerve cells. Krabbe disease is caused by mutations in a gene called GALC, which provides the instructions for making a key protein needed to break down fats called galactolipids. The enzyme deficiency causes lipids to build up to toxic levels in myelin, eventually leading to the death of these cells.

The most common form of Krabbe affects infants and leads to problems such as muscle weakness, difficulty eating, and delayed physical and mental development. Most babies diagnosed with Krabbe die before reaching age two.

ForgeŌĆÖs Krabbe gene therapy candidate, FBX-101, uses an engineered adeno-associated virus (AAV) to ferry its genetic payload into cells. Other gene therapies also use these viruses, but they have been linked to dangerous side effects, including death, says Miller, who was previously the president and CEO of New York-based cell and gene therapy developer Abeona Therapeutics.

Such side effects are an immune response to AAV, and they can be a challenge at higher doses, Miller says. Forge aims to overcome these problems by combining its Krabbe gene therapy with an umbilical cord transplant. The transplant of cord blood, which is rich in stem cells, is currently the standard of care for Krabbe patients. While the treatment has been shown to improve the symptoms of the disease and correct the enzyme deficiency in the brain, Forge says these transplants donŌĆÖt fix the deficiency in the peripheral nervous system.

The company hopes that combining a cord blood transplant with the gene therapy will overcome that shortcoming. Miller adds that the cord blood effectively replaces the infantŌĆÖs immune system with one that does not react adversely to the gene therapy. This combination approach was pioneered by Maria Escolar, a pediatrician and Krabbe disease expert at the University of Pittsburgh. She has joined Forge as its chief medical officer.

According to preclinical research┬Āpublished┬Āin 2011 in The Journal of Neuroscience, the combination of a bone marrow transplant and gene therapy helped on several measures, including motor function, life span, and body weight compared to the gene therapy alone. Scientists also reported an improvement in the formation of myelin on nerve cells. The research also revealed potential risks and side effects, such as tremors. The paper says that those tremors are most likely due to the radiation treatment used to condition the body for the bone marrow transplant.

Miller says ForgeŌĆÖs combination approach is a platform technology that the company can apply to other gene therapies. It has two additional gene therapies in the pipeline that Miller isnŌĆÖt yet ready to discuss. But he adds that a different combination ŌĆō ForgeŌĆÖs pairing of contract manufacturing with R&D ŌĆō enables Forge to finance work on multiple gene therapies.

Forge is preparing to test the combination Krabbe treatment in a clinical trial expected to start later this year. The new capital will support that research, as well as the expansion of ForgeŌĆÖs manufacturing capabilities. Miller says the 175,000-square-foot site is about 10 years old; Forge has occupied it for six months. The startup currently has capacity to do contract manufacturing for toxicology and preclinical testing. ItŌĆÖs building additional clean rooms to handle manufacturing according to cGMP standards, which Miller expects will be ready by the middle of next year. Miller says Forge will handle manufacturing work for a wide range of clients: non-profit groups, academic labs, small biotechs, and even large pharmaceutical companies. Eventually, he says the site will have the capacity to handle commercial-scale manufacturing.

Forge isnŌĆÖt the only company trying to address gene therapy manufacturing needs. Last year, Waltham MA-based┬ĀElevateBio raised $150 million in financing to back its plans for a contract manufacturing facility. The company also invests in cell and gene therapy startups.

ŌĆ£Ohio, and Columbus in particular, is becoming a hot bed of biotech development,ŌĆØ Miller says.

The Forge financing was led by Perceptive Xontogeny Venture Fund (PXV), with additional participation from Drive Capital. Chris Garabedian, manager of the PXV fund, said in an email that he sees Forge as offering ŌĆ£beautiful synergiesŌĆØ for the manufacturing and development of gene therapies. Garabedian, who is joining ForgeŌĆÖs board as chairman, also sees the companyŌĆÖs model as the source of potential alliances involving┬ĀXontogeny, a startup accelerator he also leads, or┬Āfinancing from PXV Fund.

This article first appeared in Xconomy on 21 July 2020.