It cited Applikonâ€™s range of systems for the research and production of vaccines and antibodies as well as those for the production of enzymes and bio-plasticsÂ as the main motivation. 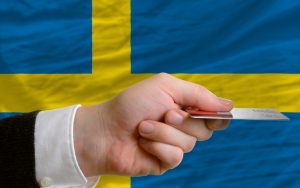 â€śApplikon Biotechnology has a strong portfolio of world class bioreactor solutions which will be a positive addition to Getingeâ€™s existing offer towards the biopharma segment, the fastest growing area within Life Scienceâ€ť, said Getinge CEO, Mattias Perjos.

The deal completed on January 1.

Applikon was set up as a as a subsidiary of glass industry manufacturer Pieterman BV in 1973. According to Getinge, the Delft-headquartered firm employs 180 worldwide and generates revenue of SEK 450m a year.

The firm has two offices in the US, in New Jersey and California. It also has several offices in Asia, including China and Japan.

Getinge operates an acute care therapies unit â€“ which generated revenue of SEK 13,013 million in 2018 â€“ a surgical workflows division â€“ which saw sales of SEK 8,965 million â€“ and the life science segment under which Applikon will report.

According to 2019 financial results published to date, life sciences brought in revenue of SEK 1,622 million between January and September, an increase of 4.5% on the comparable period a year earlier.

The division also secured orders worth SEK 1976 million in the period, an increase of 11.6%

Getinge said the revenue increase was due to higher demand in the EMEA which offset weaker performance in the Americas and Asia-Pacific.

In particular, it cited higher capacity utilization, the opening of new assembly areas at its plant in Getinge in June 2019 and the addition of a third shit at its facility in Vendome in France.