Gilead Sciences is¬Ýacquiring Immunomedics in a $21 billion deal, the latest in a string of transactions to bolster its cancer drug portfolio.

According to deal terms announced Sunday, Foster City, CA-based Gilead has agreed to pay $88 cash per share of Immunomedics, a 108 percent premium to the stock‚Äôs closing price on Friday. In its announcement, Gilead describes the Immunomedics drug as a ‚Äúcornerstone product‚Äù that adds to the company‚Äôs pipeline of drugs for solid tumors. The company also says the drug will complement its approved drugs and those still in the pipeline for treating blood cancers. 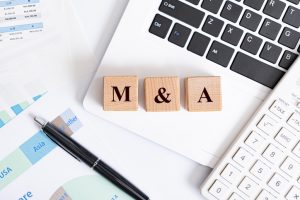 Trodelvy is an antibody drug conjugate (ADC). It hitches a powerful cancer-killing compound to a targeting antibody providing a direct strike to tumors that spares healthy cells. ADCs aren‚Äôt new but the Immunomedics drug is the first one approved to hit Trop 2, a protein on the surface of the cells of many solid tumors.

Trodelvy was approved for treating triple-negative breast cancer in patients whose disease has not responded to two earlier treatments and has spread. Immunomedics has estimated between 8,000 and 9,000 patients fit those criteria. The April approval was an accelerated decision based on a single Phase II study. The company launched the drug in May.

A Phase III study evaluating the drug stopped early after an independent monitoring committee unanimously concluded that the data demonstrated efficacy. Those data are expected to be presented at the year‚Äôs European Society for Medical Oncology Virtual Congress 2020, which is starting Saturday. Immunomedics expects to file for full FDA approval of the drug in the fourth quarter of this year. A regulatory decision in Europe is expected in the first half of next year.

The Immunomedics drug is also being evaluated in a Phase III study as a third choice treatment in HR positive and HER2 negative breast cancer, as well as a Phase II study in bladder cancer that is expected to be sufficient to support a regulatory submission. Other studies are evaluating the drug in non-small cell lung cancer and other types of solid tumors. Gilead says it plans to start additional mid- and late-stage studies soon to assess which patients will benefit from Trodelvy by itself and which patients can be helped by the drug in combination with other therapies.

Gilead has been an active dealmaker this year, with a particular focus on striking deals with cancer drug developers. The Immunomedics acquisition announcement comes two weeks after the company reached a¬Ý$120 million deal for rights to an antibody drug from Jounce Therapeutics¬Ýthat is approaching clinical testing. Earlier this summer, Gilead took large¬Ýequity stakes in Pionyr Immunotherapeutics¬Ýand¬ÝTizona Therapeutics. The dealmaking spree started in March, with an¬Ýagreement to pay $4.9 billion for Forty Seven.

The Immunomedics acquisition will take place in two steps. In the first step, Gilead will make a tender offer to acquire all of the outstanding shares of Immunomedics. After that offer is completed, the next step calls for Gilead to acquire the remaining shares. Those shares will be purchased at the same price as those acquired in the tender offer. Gilead says it will finance the buyout with $15 billion in cash on hand and $6 billion in debt. The boards of directors of both companies have approved the acquisition, which is expected to close the deal in the fourth quarter of this year. According to a Gilead¬Ýsecurities filing, Immunomedics has agreed not to seek out better offers. But if an unsolicited bid comes in to top Gilead‚Äôs offer and the Immunomedics board selects it as the superior offer, the New Jersey company would owe Gilead a $732.1 million termination fee.