Through the acquisition of Zymergen, Ginkgo Bioworks anticipates accelerating the development of its horizontal synthetic biology platform.

According to Gingko, the $300 million deal will see it implement Zymergenâ€™s software, data science tools, automation, and biological assets into its business. In turn, Ginkgo expects this to increasingly enhance the capacity, efficiency, and capabilities of its platform.

Ginkgo describes itself as â€śa horizontal platform, serving customers across industries rather than producing its own products.â€ť This acquisition will see the firm support Zymergen’s plans to assess alternatives for their advanced materials and drug discovery businesses. 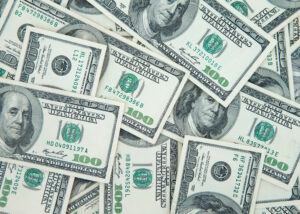 â€śOne of the reasons that it seemed like the right time to pursue a merger with Zymergen is that their announced restructuring plans over the last year align very well with how we would think about operating and organizing the business,â€ť a spokesperson for Ginkgo told BioProcess Insider.

â€śWhat Zymergen did was simplify its business into three core areas – advanced materials, drug discovery, and automation.Â Then they began discussing their thoughts around spinning out some of these assets and it became clear that at Ginkgo we could likely better enable some of the strategic opportunities that Zymergen saw, helping them spin-out the products independently and allowing the combined platform assets to more quickly and effectively serve a diverse customer base.â€ť

Furthermore, Ginkgo said its customers will benefit from the expansion of its library of biological assets following completion of the transaction.

Zymergen will still be responsible for its cost restricting initiatives, and this includes headcount reductions and program rationalizations. Ginkgo says that by taking these steps, it will â€śminimize incremental run-rate operating expenses in connection with the combination once integration is completed.â€ť

â€śGinkgo has deep experience in helping with company launch and formation, so as Zymergen explores plans to spin out or sell those two businesses, we believe we can be helpful. Please note that prior to transaction close, Zymergen will review strategic alternatives for these businesses, and Ginkgo plans to support Zymergen in that effort,â€ť the spokesperson said.