It’s a happy new year for Catalent, Charles River and Janssen, which have closed their respective acquisitions of a fill/finish facility, cell therapy services firm and an investigative mAb.

In December, Roche completed its $4.3 billion (€3.9 billion) acquisition of commercial gene therapy firm Spark Therapeutics, 10 months after the deal was announced. But the Swiss Biopharma is not the only firm to begin 2020 with new assets, as several others in the life science space have announced the completion of acquisitions. 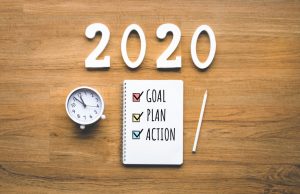 Announced last June, the purchase marks the first expansion for Catalent’s biologics business outside of the US, adding “vial capabilities to Catalent’s existing drug product fill/finish offering for biologic programs in Europe,” a spokesperson told this publication at the time.

With the plant now part of its network, the CDMO can now begin to expand the site, having signaled plans to invest up to $10 million to bolster operations.

Catalent has also said it will retain the 700 staff at the site, and – as part of the deal terms – will continue to manufacture the existing Bristol-Myers Squibb product portfolio currently produced at the site.

A much shorter wait, but biopharma outsourcing firm Charles River Laboratories (CRL) has closed its acquisition of HemaCare, adding cell therapy materials and leukapheresis services to its offering.

The $380 million deal – announced in mid-December – places CRL into what it says is a rapidly growing market. With increased numbers of cell and gene therapies reaching commercialization, demand for HemaCare’s products will grow from an estimated $200 million to $2 billion over the next decade, the company predicts.

“The addition of HemaCare’s cellular products enhances our ability to provide a comprehensive cell therapy solution from discovery through commercialization, which will enhance our clients’ efficiency and accelerate their speed-to-market,” CRL CEO James Foster said.

“The acquisition of HemaCare is a key element of our strategy to fully support our clients’ early-stage drug research efforts, achieve our long-term growth goals, and enhance shareholder value.”

The company will become part of Charles River’s Research Models and Services segment.

Finally, J&J subsidiary Janssen announced on December 30 that it completed the purchase of investigational monoclonal antibody (mAb) bermekimab from XBiotech.

The $750 million deal gives Janssen an anti-IL-1alpha mAb in Phase II development for the treatment of atopic dermatitis and hidradenitis suppurativa. Several XBiotech employees will also move to Janssen.

“We’re passionate about identifying and pursuing the best, most exciting science for the benefit of patients – and in particular, new mechanisms of action, with the potential to reach patients coping with diseases that have few or no options,” said Mathai Mammen, global head of R&D at Janssen. “As the only anti-IL1a in clinical development, bermekimab fits this approach perfectly.”