Emile Nuwaysir has stepped down from his position as CEO of BlueRock and moves to in vivo cell therapy firm Ensoma. Meanwhile, there are changes at Pfizer and the National Institutes of Health (NIH).

Nuwaysir has been CEO of Bayerâ€™s subsidiary BlueRock Therapeutics since 2017. Since then, the company has transitioned from a preclinical start-up to a clinical-stage firm that employs over 200 people across two countries.

Nuwaysir will remain at the company as a board chair and continue to actively support BlueRockâ€™s growth provide guidance on both R&D and corporate strategy. 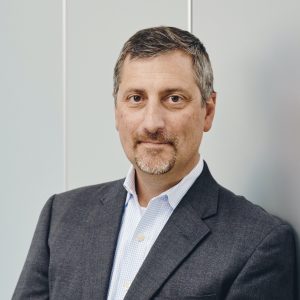 In his new venture, Nuwaysir has joined gene therapy firm Ensoma as CEO, president, and member of the firmâ€™s board of directors. He aims to lead the team and advance its platform and strategic focus across multiple therapeutic areas.

Ettenberg joined the firm in 2020 and according to BlueRock he has been an â€śexceptional leaderâ€ť and helped shaped its pipeline and proprietary cell and gene platform.

â€śEmileâ€™s leadership has been a key driving force in BlueRockâ€™s growth. We are very grateful for his contributions and pleased that he will continue to work closely with us in his new role as board chair,â€ť said Stefan Oelrich, member of the board of management at Bayer and president of its pharmaceuticals division.

In other news, Pfizerâ€™s chief development officer and executive vice president Rod Mackenzie will retire from his role early next year.

â€śAfter 35 years of outstanding service to Pfizer, my friend and colleague,Â Rod Mackenzie [â€¦] intends to retire early next year. Rod has been a part of so many incredible moments and milestones atÂ Pfizer, and most importantly, his mission and drive of putting patients first has never wavered,â€ť said Bourla.

Pfizer has named Aamir Malik as executive vice president. Malik joins the firm after 24 years as a senior partner at a management consulting company.

Francis Collins, director of the NIH, has announced he will end his tenure by the end of this year after serving three US presidents spanning over more than 12 years.

â€śIt has been an incredible privilege to lead this great agency for more than a decade,â€ť said Collins.

â€śI love this agency and its people so deeply that the decision to step down was a difficult one, done in close counsel with my wife, Diane Baker, and my family. I am proud of all weâ€™ve accomplished. I fundamentally believe, however, that no single person should serve in the position too long, and that itâ€™s time to bring in a new scientist to lead the NIH into the future.â€ť

It has not been disclosed who will succeed Collins.

Thank you for joining us for this weekâ€™s Ins & Outs. If you have a story you think would work for us, please contactÂ millie.nelson@informa.com.