Biopharma firms are in-licensing candidates later according to an industry expert, who says the trend is impacting the CDMO sector.

In-licensing â€“ the practice of paying for rights to develop and commercialize a product discovered by another company â€“ is a widely used strategy in the biopharmaceutical industry.

According to a recent report in Nature the top 10 drug licensing deals in the first three quarters of 2019 were worth $34 billion (â‚¬31 billion), an increase of 10% from the $31 billion in the corresponding period in 2018. 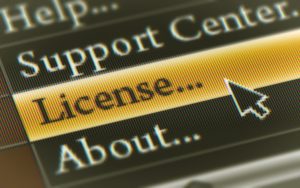 Some of the notable deals include:

AstraZenecaâ€™s $6.9bn deal with Daiichi Sankyo for the anti-HER2 antibodyâ€“ drug conjugate, trastuzumab deruxtecan, which was approved in the US as Enhertu in December.

For the licensor the benefit is access to development support and help with commercialization.

And for the licensee, such agreements allow them to refill and diversify product pipelines with minimal effort.

Ultimately an in-licensing is about sharing risk for both parties. The developer gets to reduce the risk of failure by working with a partner and the licensee reduces risk of unsuccessful discovery and early phase development.

She told us the current vogue for later-stage deals is benefiting late stage focused contractors more than those involved in preclinical and early clinical development.

Barry went on to say â€śIt is noteworthy this trendÂ or later licensing dealsÂ applies to NMEs [New Molecular Entities] that achieved approval; later licensing may be associated with a more successful NME development strategy.â€ť