Oxford Biomedica‚Äôs LentiStable technology will be used by Orchard Therapeutics to develop investigational HSC therapy, OTL-203. The firm will also license its LentiVector platform to an undisclosed company for its lead CAR-T program.

According to Oxford Biomedica, Orchard Therapeutics will use its LentiStable technology platform to develop a producer cell line with the ability to express lentiviral vectors.

In particular, the project will focus specifically on progressing candidate clones of OTL-203, a gene therapy that aims to potentially treat mucopolysaccharidosis type I Hurler‚Äôs syndrome (MPS-IH). 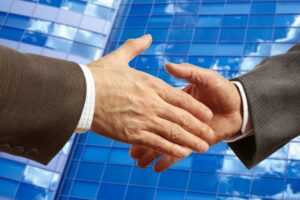 ‚ÄúLentiStable is the result of more than 15 years of optimization work,‚Äù a spokesperson for Oxford Biomedica told BioProcess Insider.

This project is part of an existing collaboration, established in November 2016, where Orchard Therapeutics will investigate the technology to increase the manufacturing efficiency and scalability of hemopoietic stem cell (HSC) gene therapy.

‚ÄúWe are pleased to enter into a new project with Orchard Therapeutics, a global gene therapy leader. We are committed to innovation and to the ongoing development of our platform, which is key to our goal of widening access to gene therapy by lowering the cost of viral vector manufacturing. Our proprietary LentiStable technology shows great promise in support of this goal and underlines our overall position as a leader in cell and gene therapy and our ambition to remain at the forefront of this important work for patients globally,‚Äù said Kyriacos Mitrophanous, Chief Scientific Officer of Oxford Biomedica.

Oxford Biomedica also announced that it has signed a licence and supply agreement with an unnamed US-based private biotech firm, which is developing adoptive cell therapies.

Under the terms of the deal, the undisclosed partner gains a non-exclusive licence to use Oxford Biomedica‚Äôs LentiVector platform, which will be applied in its lead CAR-T program. Furthermore, the agreement puts in place a three-year clinical supply agreement,

‚ÄúLentiviral vectors can deliver large therapeutic payloads (up to 10kb) into target cells. Permanent modification of dividing and non-dividing cells is achieved through gene integration and long-term expression. Their lack of pre-existing immunity makes them safe to use,‚Äù the spokesperson said.

‚ÄúThis is another example of our important role in supporting the development of potentially life-saving CAR-T therapies and has been made possible by the fact we‚Äôve been able to offer strategically re-acquired targets to our customers.‚Äù

Oxford Biomedica will receive an upfront payment but specific financial details of this remain unknown. Additionally, the company will have the opportunity to receive further payments based on the development and production of lentiviral vectors for use in clinical trials and certain milestones.

The spokesperson told us the company does not wish to be named due to ‚Äúcommercial reasons.‚Äù