Germanyâ€™s Merck will strengthen its mRNA offerings through the $780 million acquisition of CDMO Exelead.

The demand for mRNA capabilities in the biopharma sector has been driven by COVID-19 vaccine success. Pfizer and BioNTechâ€™s BNT162b2 (Comirnaty) became the first mRNA COVID-19 vaccine to receive emergency use approval inÂ December 2020 and was shortly followed by Modernaâ€™s mRNAÂ cell-freeÂ COVID-19 jab, 1273. 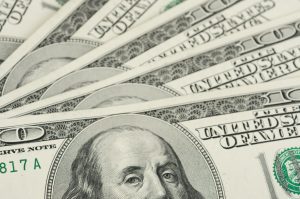 Exelead contributed to Pfizer and BioNTechâ€™s vaccine production in May 2021 by dedicating some of its manufacturing capacity to this effort.

“Expanding our mRNA offering had always been part of our strategy to enable Merck to provide an integrated end-to-end offering across the mRNA manufacturing process,” a spokesperson for Merck told BioProcess Insider.

“With mRNA now a breakthrough technology, based on the success of mRNA vaccines for COVID-19, we are seeing only the beginning of its success and the potential it hasÂ  to accelerate pipeline projects for COVID-19 and other indications such as cancer.”

Exelead has more than 200 employees, which will be part of Merck once the deal has closed and is headquartered in Indianapolis, US where it operates its production. According to the firm, it plans to continue to invest in mRNA as a modality and will expand this technology at Exeleadâ€™s Indianapolis plant.

The company said in June 2021 it is one of the few firms that can produce lipids in quantities to meet the demand for mRNA therapeutics after the early launch of its high-purity synthetic cholesterol product increased its lipid capacity by 50 times.

Merck claims the acquisition of Exelead drives its Process Solutions business unit, one of its three growth engines and follows the firmâ€™s purchase of Germany-based mRNA CDMO AmpTec in January 2021.

“Itâ€™s really about our customers. Once the Exelead acquisition is closed, our CDMO mRNA capabilities will span all development phases from pre-clinical development to commercial contract manufacturing for LNP formulations, including fill and finish. This provides our customers a truly integrated offering across the mRNA manufacturing process, decreasing supply chain complexity and enhancing speed to market,” Merck told us.

The transaction is expected to close during the first quarter of 2022, subject to specific closing conditions.