GlaxoSmithKline (GSK) has signed an agreement to reserve, produce, and supply its influenza vaccine Adjupanrix to 12 European countries.

Under the terms of the deal, GSK has signed a contract with the European Commissionâ€™s (EC) Health Emergency Preparedness and Response Authority (HERA), for the reservation of future manufacture of 85 million doses of Adjupanrix (split virion, inactivated, adjuvanted).

The twelve countries involved have not been disclosed but according to GSK, this is one of the first contracts signed by HERA after its establishment in September 2021. 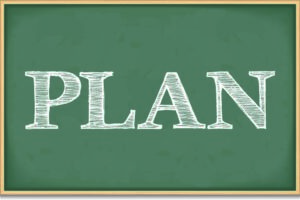 â€śIâ€™m delighted that HERA has chosen GSK as a key partner in pandemic flu preparedness. This contract follows three other agreements GSK has made, in the US, Canada and with the WHO,â€ť Roger Connor, president vaccines and global health, at GSK said.

â€śThese agreements leverage GSKâ€™s world class global vaccine manufacturing network to continue our long-standing partnerships on pandemic preparedness and response. We have all seen the devastating human, economic and social consequences of a pandemic and the important part that vaccines are playing in helping us return to normal life. Through this agreement for 85 million doses, we can help the EU and European countries, as well as other countries and regions, be better prepared for future pandemics.â€ť

This particular agreement follows a string of deals secured by GSK during 2022. The series of contracts secured by the firm this year means that it could provide 200 million doses of pandemic influenza vaccines to governments located around the world.