PerkinElmer is set to add antibody and reagent supplier BioLegend in a deal that analysts say could transform its Discovery and Analytical Solutions (DAS) business into a high growth segment.

The acquisition announced yesterday and expected to close by the end of the year will see life sciences giant PerkinElmer pay $5.25 billion ŌĆō including $2.2 billion in stock consideration ŌĆō for private antibody and reagent developer BioLegend. 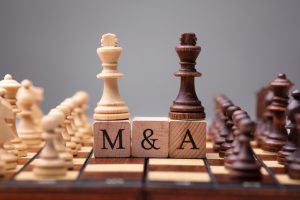 The deal is focused on ŌĆ£gaining momentum in emerging, high-growth areas of proteogenomics, recombinant proteins, and bioprocessing,ŌĆØ the company added.

San Diego, California-based BioLegend employs over 700 staff and serves more than 10,000 academic and biopharma-related customers in 130 countries. The companyŌĆÖs estimated 2022 revenues stand at around $380 million.

Evercore ISI analyst Vijay Kumar welcomed the news noting that the deal could ŌĆ£transform the companyŌĆÖs DAS segment into a high single-digit (HSD) growth segment. At ~14x current year ŌĆś22 revenues, the multiple paid was reasonable for an asset with 100% consumables and super high margins that is expected to grow at mid-teens.ŌĆØ

He continued: ŌĆ£At a high level, BioLegend provides antibodies ŌĆō given that Becton Dickinson and Thermo Fisher play in these markets, some had questions around sustainability of growth.

ŌĆ£First, BioLegendŌĆÖs historical ~20% growth rate should give comfort around execution. Second, not all antibodies are the same ŌĆō BioLegend primarily plays in conjugated antibody space, which is more differentiated / harder to manufacture vs primary antibody market. These conjugated antibodies are used in a variety of applications, including proteogenomics, single cell research and bioprocessing.ŌĆØ

The planned acquisition is the latest ŌĆō and the largest ŌĆō for PerkinElmer.

In May, the firm shelled out $260 million in cash for Nexcelom, bolstering its preclinical portfolio and cell and gene therapy manufacturing capabilities.