Touchlight will license its patented doggybone DNA (dbDNA) technology to Pfizer for the manufacture of mRNA therapeutics, vaccines, and gene therapies.

The agreement will provide Pfizer with access to Touchlightâ€™s dbDNA patent rights, which the firm said will allow it to rapidly produce DNA templates as starting materials for messenger RNA (mRNA)-based vaccines and other therapeutics.

â€śdbDNA is a minimal, linear, covalently closed DNA vector that contains no bacterial sequences such as antibiotic resistance genes or origins of replication,â€ť a spokesperson for Touchlight told us. 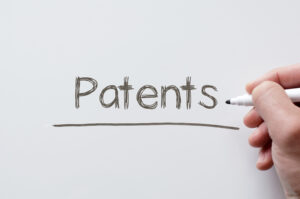 Touchlight told this publication in December 2021 that dbDNA would be the â€śideal techâ€ť for pandemic vaccine response and the spokesperson reaffirmed this by saying that due to the platformâ€™s â€śproprietary in-vitro enzymatic method, Touchlight can amplify any circular DNA template to produce synthetic dbDNA vectors, including those sequences that are typically considered unstable in E.coli, such as polyA tails and inverted terminal repeats (ITRs).â€ť

Touchlight claims it is already making â€śsignificantâ€ť investments in its production capabilities, adding that is constructing a â€śfurther 11-suite production facility in Hampton, UK, with capacity online in Q4 2022.â€ť

Financial details of the deal remain undisclosed, but Touchlight Â confirmed that it will receive an upfront payment, in addition to clinical and commercial milestone payments and royalties dependent on commercialization.