Repligen says it has established itself as a premier player in single-use systems, integrated flow paths, and assemblies following a triumvirate of bolt-on acquisitions.

The technologies â€“ along with three manufacturing facilities in Ireland, Estonia, and California â€“ are soon to become part of Repligenâ€™s offering after the firm entered a definitive agreement to buy ARTeSYN for $130 million cash and $70 million in common stock. 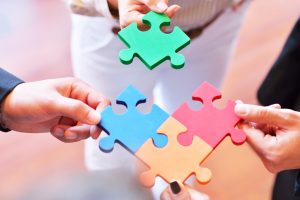 She added: â€śARTeSYN systems are known for very low hold up volumes, allowing manufacturers to optimize yield and minimize product loss.Â  The have the added customer benefits of being easy to use and customizable.â€ť

The proposed deal is the third acquisition of late after Repligen snapped up biopharma plastic fabrication firm Non-Metallic Solutions and Engineered Molding Technology (EMT), a maker of silicone single-use consumables and components for bioprocessing functions. Financials of these two deals have not been disclosed.

â€śThis broader portfolio contains the right balance of systems and consumables including flow paths. We expect the combination will further establish Repligen as a leader, and a premier player in single-use systems and integrated flow paths and assemblies.â€ť

Repligen has been pursuingÂ an M&A strategy since 2014Â in efforts to broaden out a business that was predominantly focused on producing chromatography resin Protein A.

And these three latest bolt-ons are further evidence of Repligenâ€™s bioprocess ambitions, Newman said, adding more acquisitions are likely to be made

â€śOur blueprint for growth remains the same with a goal of above industry growth through technology differentiation to establish market leadership. We aim to complete an acquisition every 12 to 18 months.â€ť