Resilience CEO Rahul Singhvi suggested the approach could help industry overcome some of the hurdles that complicate commercial manufacture and scale-up. 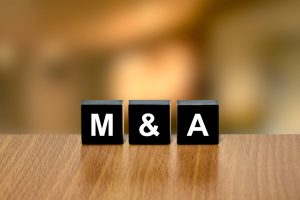 ŌĆ£Biologics production today is limited to what can be produced inside a host cell, a process thatŌĆÖs slow, unpredictable and hard to scale.

ŌĆ£By developing cell-free protein synthesis technology, we aim to make it easier for researchers to explore new kinds of therapies much faster and with more predictability than possible with todayŌĆÖs methodsŌĆØ Singhvi said.

According to Resilience, CFPS eliminates the constraints of using living cells in the drug manufacturing process, resulting in faster production times, less variability across batches and greater scalability with hard-to-produce proteins.

The SwiftScale team, including leaders David Mace and Weston Kightlinger, will join Resilience.

The deal is in keeping with the strategy Singhvi outlined in May, when he said biopharmaceutical companies need to invest in innovative technologies to overcome the production bottlenecks that hamstring the industry.

The acquisition is the latest in a string of deals for Resilience since it was founded in 2020. These include the CDMO assets of Therapure, and a┬ĀBoston, Massachusetts plant from Sanofi-Genzyme.

More recently it bought contract manufacturer Ology Bioservices in a deal that included a multi-purpose, multi-product facility in Alachua, Florida.

The Swiftscale takeover comes just days after Resilience teamed with Harvard University to establish a five-year research and development alliance.

The deal ŌĆō which includes a $30 million commitment from Resilience for the development of complex medicines, including biologics, vaccines, nucleic acids and cell and gene therapies ŌĆō will focus on efforts to ŌĆ£advance the manufacture of complex medicines.ŌĆØ