National Resilience has raised $1.225 billion in financing over the past 10 months and intends to use it to further build out its biomanufacturing and R&D network.

(National) Resilience launched in November 2019 through $800 million of capital with ambitions to provide â€śnew, better, faster waysâ€ť to manufacture advanced therapies. Over the past two-and-a-half years, the firm has moved beyond cell and gene therapies and now offers manufacturing services across multiple modalities through a mushrooming production and R&D infrastructure.

Through deals including the acquisition of Sanofi-Genzymeâ€™s Boston, Massachusetts plant, Bluebird Bioâ€™s Durham, North Carolina site, and Therapureâ€™s Ontario, Canada facility, the firm has 10 facilities across North America, with over 1 million square feet of manufacturing space and more than 1,600 employees. 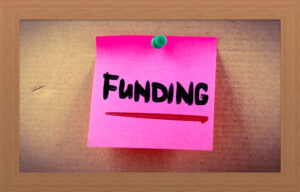 â€śWe have an ambitious goal to reinvent biomanufacturing by bringing new processes and technologies to an industry that hasnâ€™t kept pace with the explosive innovation in drug discovery,â€ť said CEO Rahul Singhvi.

â€śWhile we recognize that our goal is neither quick nor easy, we are driven by our mission to democratize access to medicines. These new funds will help support our next phase of growth, as we continue to innovate biomanufacturing across all our modalities, expand our footprint to serve customers, sign strategic collaborations and support the developers of a new generation of complex medicines.â€ť

While the firm is undergoing numerous expansion projects at the facilities previously mentioned, it is also constructing a facility in Marlborough, Massachusetts to support vaccines and gene therapy, set to come online next year.