Sanofi will acquire its partner Translate Bio for $38.00 per share, as it looks to drive mRNA technology for therapeutics and vaccines.

Under the terms of the deal, Sanofi will acquire Translate for a total equity value of approximately $3.2 billion as the French pharma giant builds on its plans to invest â‚¬400 million ($475 million) annually into what it describes as its â€˜mRNA Center of Excellenceâ€™ to accelerate R&D of next-generation vaccines.

In 2018, Sanofi teamed up with Translate Bio to develop vaccines for up to five infectious disease pathogens, andÂ last yearÂ the firms expanded the partnership with Sanofi paying Translate an additional $425 million. 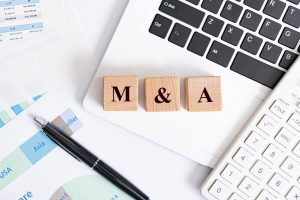 “The mRNA space is also evolving rapidly, and taking full ownership of Translate Bio will allow us to rapidly innovate and adapt to ongoing developments in the field,” a spokesman for Sanofi told BioProcess Insider.

He added: “We can now integrate their technology and capabilities into our broader R&D organization; we can meaningfully accelerate our existing mRNA vaccine programs, by fully focusing all of their resources on strategic programs and streamlining decision making and we have the potential to explore the use of their technology in therapeutic applications which were not part of our collaboration.”

According toÂ Translateâ€™s prospectus, the firmâ€™s MRT platform â€“ developed by Shire Human Genetic Therapies and acquired by the company in 2016 â€“ is designed to deliver mRNA that can carry instructions to produce intracellular, transmembrane and secreted proteins.

Under the collaboration, there are two ongoing messenger RNA (mRNA) vaccine clinical trials. The COVID-19 vaccine is in Phase I-II studies and results are expected to be released in Q3, 2021, meanwhile the collaboration also has a flu vaccine in Phase I trials with results anticipated in Q1, 2021.

“Beyond COVID-19 and flu, [the MRT] platform may be applied to various classes of treatments, such as therapeutic antibodies or vaccines in areas such as oncology,” the spokesman told us.

The deal is expected to close in the third quarter of 2021.