In December, contract development and manufacturing organization (CDMO) Sterling Pharma entered in a strategic partnership with UK-based ADC Biotechnology, making a â€śsignificantâ€ť but undisclosed investment in the company with an eye to acquiring it. 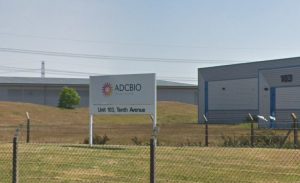 â€śThis investment provides Sterling with the opportunity to offer a wider portfolio of services to its customers in the fast-growing ADC and bioconjugation market,â€ť Emma Greenwood, a spokeswoman from Sterling Pharma told this publication.

â€śThe combined expertise of Sterling and ADC Bio will allow us to provide enhanced and additional services in the market, especially when combined with our HPAPI expertise.â€ť

â€śIt is our intention to develop and equip further space for the technical services team and the analytical services team, as well as develop on site GMP manufacturing.Â We will also be recruiting extensively.â€ť

The news is the latest expansion for Sterling, which last September bought an API facility in Wisconsin from Alcami.

According to Greenwood: “We donâ€™t have any plans for further acquisitions at the moment; we now have four facilities and more than 750 employees, which provide the capacity and capabilities to meet our organic growth ambitions.”

The ups and downs of ADCs

The biopharma space has had a turbulent couple of decades with ADCs. The first, Wyethâ€™s Mylotarg (gemtuzumab ozogamicin), was approved by the US FDA in 2000, but withdrawn in 2010 by new owner Pfizer due safety and clinical benefit concerns, before successfully winning reapproval in 2017.

But successes in the space like Rocheâ€™s KadcylaÂ (trastuzumab emtansine)Â have driven confidence in the sector over the past five years, and currently nine ADCs have received US approval.

â€śThis is one of the fastest growing sectors of the pharma industry and we are seeing demand from a range of clients globally,â€ť Greenwood said.

According to MDPIâ€™s Pharmaceuticals journal, published September 2020, there are more than 80 ADCs in clinical trials, and interest in the modality continues to grow. In December, Boehringer Ingelheim reentered the space through the $1.4 billion acquisition of NBE-Therapeutics. Meanwhile, investment from third-party manufacturers and bioprocess firms have been plentiful to support the space. Some recent examples include WuXi Biologics, Lonza, and MilliporeSigma.