Ultragenyx and GeneTx partnered in 2019 to advance GTX-102, an investigational antisense oligonucleotide (ASO) that has been designed to target and prevent of expression¬ÝUBE3A-AS to hinder the paternally inherited allele of the UBE3A gene and reactivate the deficient protein.

It is delivered as an intrathecal infusion and aims to treat Angelman syndrome, a rare, neurogenetic disorder that is caused by loss-of-function of the maternally inherited allele of the UBE3A gene. 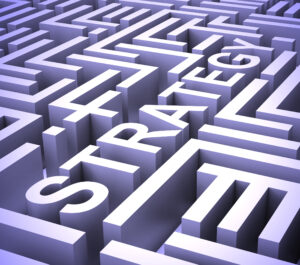 ‚ÄúUltragenyx has opted to move forward with acquiring GeneTx now based on our confidence in the GTX-102 program, and we will take the lead on advancing GTX-102 into late-stage development,‚Äù a spokesperson for Ultragenyx told BioProcess Insider.

‚ÄúThis acquisition is important because it gives us exclusive global rights to data and IP in support of GTX-102 and additional alternate ASOs.‚Äù

The latest results were based on nine patients from the UK, Canada, and the US. According to Ultragenyx, its Phase I/II study has demonstrated ‚Äúmeaningful improvement in clinical disease and an acceptable safety profile.‚Äù

Ultragenyx says this data provided them with the confidence to exercise their option to acquire GeneTx in order ‚Äúto expand the study and escalate loading dose under the new study amendment approved in the UK and Canada,‚Äù said the spokesperson.

Additionally, the firm has said it will look to ‚Äúto initiate the amended protocol in the U.S. pending discussions with the Food and Drug Administration (FDA).‚Äù

Ultragenyx will not gain any manufacturing space but told us that staff wise it will be joined by GeneTx‚Äôs Scott Stromatt as chief medical officer of neurology and continue to head the GTX-102 development program, and Allyson Berent at FAST who has been working on the development program for GTX-102 and will hold position of consultant.

In addition to the upfront payment of $75 million, Ultragenyx has said it will also pay up to $15 million dependent on specific milestones being met.