CAR-T partnerships, Biopharma megamergers, biotech funding, and an eye on China. Bioprocess Insider presents the biggest stories of the year… through song! 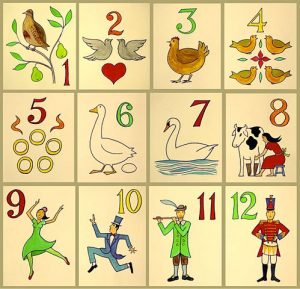 The 12 Days of Christmas. Image: By Xavier Romero-Frias – Own work, CC

T’was the days before Christmas, And all through the dept.

Not a story was breaking and journalists wept.

So why not look back at the news of the year,

The editor suggested over a beer…

In the past twelve months Bioprocess Insider brought to you (To the tune of traditional Christmas song ‘The Twelve Days of Christmas’):

A merger based on CAR-T

The deal – which completed last month – stemmed from the immune-oncology partnership established in 2014.

February saw GSK buy Tesaro and sign a co-development with Merck KGaA to double the size of its clinical oncology pipeline.

Servier asked Pall to kit out its facility in Gidy, France with single-use tech.

In October Genzyme – owned by Sanofi – opened a $320m US biologics site.

Meanwhile, Gilead said it would run its 2017 acquisition Kite Pharma as a separate business.

In May Cryoport acquired Cryogene to add capacity for allogeneic cell therapies.

In June Bluebird Bio announced it would delay the launch of Zynteglo, its $1.8 million beta thalassemia gene therapy in Europe citing manufacturing problems.

Amgen shared details of how it reduced its manufacturing facility footprint. The US biotech has been working to right-size capacity for five years.

Shortly before, Sanofi announced it would reduce its headcount in France.

Also this year, Sancell said it would make its antibody platform available to partners for product development.

Firms including Haima Theraputics, Your Choice Therapeutics, Myleoid Therapeutics and Helpsy Health all pitched for backers at the event.

Amgen said its acquisition of a 20% holding in BeiGene would help it commercialize its biologics and advance 20 oncology candidates in China.

Boehringer Ingelheim also said it would increase production capacity in the country.

Likewise Lonza said it planned to grow in the Chinese market over the next few years, citing recent law changes.

Also, Berkley Lights said it would start offering its workflow tech to drug firms and CDMOs in China.

Interest in cell (and gene) therapies continued this year with, according to PhRMA, around 300 products in clinical development.

In September the Alliance for Regenerative Medicine (ARM) predicted 20 cell and gene-based therapies would be filed or receive approval decisions over the next 18 months.

There was also some heavy pharma investment in CAR-T based products.

A few days prior Pfizer said it would continue to invest in in-house capacity for cell and gene therapy. Similarly, in March Cellectis said it would build out its CAR-T manufacturing network.

Meanwhile Kite shared its plans for “Yescarta 2.0,” explaining it plans to scale out production.