Last week, the Anglo-Swedish biopharmaceutical firm paid an additional ÂŁ15 million ($20 million) upfront to reserve up to three more manufacturing suites for 18 months. The deal can be extended by mutual agreement. 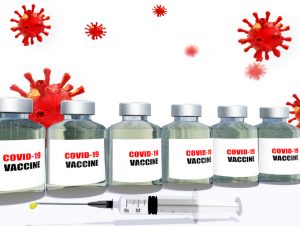 Oxford Biomedica will be operational earlier than planned to service the contract according to a spokesman, who told us the firmâ€™s partnership with the Vaccine Manufacturing Innovation Centre (VMIC) will be key.

He added, â€śWe have also successfully recruited more staff in order to operate these suites,â€ť before going on to say â€śwe expect to be able to manufacture tens of millions of doses.â€ť

Oxford Biomedica is also working with AstraZeneca on process development and scale up for AZD1222 according to the spokesman.

The trial is being carried out in the UK, Brazil and South Africa and the US. AstraZeneca also plans to begin studies in Japan and Russia.

Oxford Biomedica is also working with AstraZeneca on process development and scale up for AZD1222 according to the spokesman.