The acquisition of CMAB Biopharma comes days after WuXi Biologics bought a Pfizer facility, months after it added a Bayer plant, and a decade after it entered the biomanufacturing space.

Contract development and manufacturing organization (CDMO) is in the news again, just a week after it acquired a single-use biologics manufacturing plant in Hangzhou, China from Big Pharma firm Pfizer.

This time it has entered an agreement to buy over 90% of fellow Chinese CDMO CMAB Biopharma for an undisclosed fee. The deal will add a biologics manufacturing site in Suzhou decked out with 7,000 L of drug substance capacity, liquid and lyophilization fill/finish space, cell-line and process development capabilities, and over 250 staff. 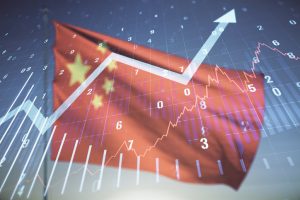 In its annual report published today, WuXi Biologics said CMAB is ŌĆ£dedicated to providing bespoke development manufacturing services of antibodies and biologics for clients in China and across the globe,ŌĆØ and that the acquisition will help WuXi Biologics ŌĆ£add more projects and capacity and ensure sustainable high growth.ŌĆØ

Since then, the company has mushroomed into a major player in the global CDMO space through heavy investment and M&A activity.

In China alone, the CDMO has a facility in Hangzhou┬Āoffering microbial fermentation, on top of the Pfizer buy, along with operational sites in Shanghai, Wuxi, and Suzhou. A second site in Shanghai is expected to open this year, while sites in┬ĀShijiazhuang┬Āand Chengdu are set to begin operations in 2022 and 2023, respectively. Outside of China, WuXi Biologics has acquired facilities in New Jersey, and┬ĀGermany ŌĆō adding a drug substance plant from Bayer for Ōé¼150 million ($185 million) late last year ŌĆō and has construction projects underway in Ireland, Singapore, and┬ĀMassachusetts (US).

As such, the firm has previously predicted it will have 280,000 L of bioreactor volume operational by next year, but according to its annual report this will almost double by 2024.

ŌĆ£[The Group] closely monitored market demand and adjusted its capacity expansion plan accordingly. Due to increasing demand and surge of late-stage projects, its planned global manufacturing capacity is expected to reach around 430,000 liters after 2024.ŌĆØ

By our tally, WuXi Biologics will easily be the largest CDMO based solely on single-use drug substance capacity, if it isnŌĆÖt already.