Genethon and Sarepta have contracted Yposkesi to make AAV material for a Duchenne muscular dystrophy (DMD) gene therapy they are developing.

The therapy in question is called GNT0004. It consists of an AAV-type viral vector and a shortened version of the dystrophin gene (microdystrophin).

According to preclinical data published in the journal Nature the therapy is able to produce significant restoration of muscle function with stabilization of clinical symptoms. 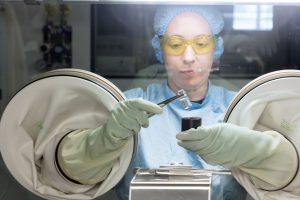 Under the new manufacturing deal Yposkesi will produce clinical and large-scale commercial of the AAV micro-dystrophin material.

Alain Lamproye, CEO of Yposkesi told us “Yposkesi will manufacture the AAV vector, up to the drug product.”

Production of the material will be based on a proprietary suspension-based process.

He explained that, “Our production platform is based on a suspension process, and using the tri-transfection. The cells are grown in suspension.

“The process performance relies on a proprietary producer clone and a specific transfecting agent.  We operate this platform up to 200L bioreactor scale.

Corbeil-Essonnes, France-based Yposkesi was set up in November 2016 as a spin-off from Genethon. At present the firm has a 5,000m2 manufacturing facility.

According to Lamproye the CDMO’s current facility is kitted out with disposable production systems. He told us “We are using essentially single use technologies, for both the upstream and downstream operations.”

By 2023 Yposkesi plans to double its manufacturing footprint with a new plant. The intention is to service part of the Genethon and Sarepta contract at the new facility when it is operation Lamproye said.

“We will start the production of the clinical grade material in our current facility, the process will be transferred to the new facility for large scale manufacturing.”

If approved the agreement will see the former be responsible for commercializing the product in Europe – excluding the UK – and Sarepta will be responsible in the rest of the world.