The firm has added high throughout research grade messenger RNA (mRNA) services in addition to its GMP capabilities at facilities on the Antwerp University Science Park in Niel, Belgium.

The decision to add a new 400 square-meter facility was driven by an increased demand for small scale research grade mRNA material, said Bernard Saegart, VP of Manufacturing at eTheRNA, who added expansion is likely. 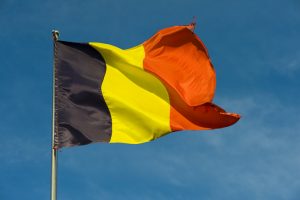 ŌĆ£In order to set up our new GMP facility, a minimum number of personnel were required to do the manufacturing, including production, QA, QC, QP. However, that leaves extra capacity that can be filled,ŌĆØ he told this publication.

No mRNA-based product has yet reached approval. However, the modality has put itself at the center of attention on the back of the COVID-19 crisis, with many of the leading vaccine candidates being based on such technology. ModernaŌĆÖs mRNA-1273 and Pfizer/BioNTechŌĆÖs BNT162b2 are two such candidates close to reaching approval, potentially opening the floodgates for mRNA-based therapies and vaccines.

ŌĆ£Since about half of the COVID-19 programs are RNA based, any therapies and manufacturing based on RNA is a lot more in the picture,ŌĆØ said Saegart.

Financial details of the expanded facility were not offered up.