Evotec is set to build its second biomanufacturing J.POD facility at Campus Curie in Toulouse, France.

The French facility will be EvotecŌĆÖs first commercial biomanufacturing plant in Europe, with construction expected to begin during the second half of this year and the site anticipated to be fully operational in 2023.

The firm will receive up to Ōé¼50 million ($60m) from the French government, the Occitanie Region, the Haute-Garonne prefecture, Bpifrance, and Toulouse M├®tropole. However, the total investment is currently calculated at approximately Ōé¼150 million ($180m). 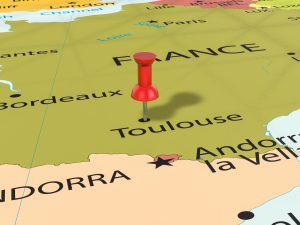 The French facility will employ Just-Evotec BiologicsŌĆÖ J.POD technology. Evotec acquired the technology through its acquisition of Just.Bio for $90 million in May 2019.

According to Evotec, its Toulouse site will be approximately 10,000 square meters, a similar size to its first J.POD facility in Redmond, Washington, US, which is expected to be fully operational later this year.

ŌĆ£Our technology has the ability to integrate across the design of the molecule, host cells, vectors, media, process format, and the manufacturing plant itself,ŌĆØ a spokesperson for Evotec told BioProcess Insider. ŌĆ£We believe our platform is industry-leading based on the mass output in a small facility footprint, its modular setup allowing faster changeover times, and the lower cost of goods manufactured.ŌĆØ

He added: ŌĆ£We have essentially shifted the complexity of the plant to the process. The result is efficiency that reduces the required scale of operation (500 L and 1,000 L), while eliminating a complex and inflexible facility.”

To service the facility, Evotec plans to initially hire around 150 new employees and it expects this number to increase to more than 200 members of staff over time. Furthermore, Campus Curie provides roughly 60,000 square meters of scientific and educational facilities, with additional space available for any future expansions.

The firm is confident it will fill space at the new facility, highlighting the demand and capacity reservations at its Washington plant, which is yet to be fully operational.

ŌĆ£ItŌĆÖs EvotecŌĆÖs mission to make innovative, highly effective therapeutics available to patients around the globe,ŌĆØ the spokesperson said. They continued: ŌĆ£WeŌĆÖve seen great demand for the [Redmond] facility even during early construction phases. We fully anticipate this to be the case for the first J.POD production facility in Europe as well.ŌĆØ

In January 2020 Merck & Co. (known as MSD outside of North America) invested $15 million to reserve J.POD manufacturing capacity at the Redmond site with the aim ┬Āto produce biologics including recombinant proteins and monoclonal antibodies.

Meanwhile, the coronavirus pandemic has highlighted the need for biomanufacturing and Evotec told us it is ŌĆ£ideally positionedŌĆØ to provide the capacity needed to fight COVID-19 and other threats that might arise in the future.

The firm entered an agreement worth $28.6 million with the Department of Defense (DOD) in February to manufacture monoclonal antibodies for the development of anti-SARS-CoV-2 at its Redmond J.POD facility.