AGC Biologics has expanded its CDMO operations by acquiring a mothballed commercial-scale manufacturing facility from AstraZeneca and says it will hire 150 staff going forward.

In January 2019, Anglo-Swedish firm AstraZeneca announced the closure of two Colorado-based biomanufacturing facilities acquired in 2015 and 2016 from fellow pharma giant Amgen. The decision to close the sites in Longmont and Boulder formed part of a plan to consolidate its biologics manufacturing network into one large-scale drug substance facility at its site in Frederick, Maryland, and led to the loss of 210 jobs.

While AstraZeneca quickly found a buyer for the Longmont site in the form of Novartis gene therapy offshoot AveXis, the Boulder facility ŌĆō located at 5550 Airport Blvd ŌĆō closed its doors at the end of last year. 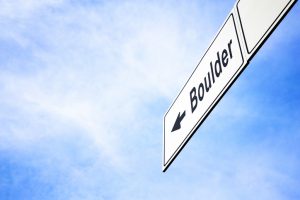 But now there are plans to reopen under a new owner, AGC Biologics. The contract development and manufacturing organization (CDMO) has acquired the 300,000 square-foot facility for around $100 million, according to the Colorado Office of Economic Development & International Trade, and aims to get the commercial facility up and running again by April 2021.

ŌĆ£It also has more than twenty acres with multiple opportunities for future expansions, including space for up to four more 20,000 liter bioreactors. The automated and cost-effective facility is very well suited for high volume commercial production and high titer antibody processes.ŌĆØ

This is the latest move by AGC to increase its capabilities and capacity in the biomanufacturing space. In 2016, the CDMO subsidiary of JapanŌĆÖs AGC Gropu bought Germany-based┬ĀBiomeva┬Āand in 2017 it acquired CMC Biologics.

Since then the firm has made expanded facilities in Copenhagen, Denmark, and Seattle, Washington, the latest being an $18 million investment at the two sites announced last December. The firm has also expanded into the plasmid DNA space through expansion at its site in Heidelberg, Germany.

The CDMO did, however, exit its Berkeley, California mammalian manufacturing plant last year as it no longer fitted with the firmŌĆÖs growth plans.