AbCellera has begun the second phase of expansion at its Vancouver, Canada plant aimed at supporting antibody demand from its biopharma partners.

According to the firm, the 380,000 square-foot site will support AbCelleraŌĆÖs capabilities to develop antibody-based medicines to the clinic. 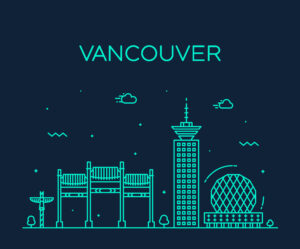 ŌĆ£The second phase of our expansion will extend those capabilities to include activities that support the development of those antibodies into the clinic, including translational science, process development, and clinical manufacturing. Working together in these facilities will seamlessly integrate our discovery and clinical manufacturing teams as they build intentional workflows that will streamline the development of antibody drug candidates to the clinic.ŌĆØ

AbCellera also claims it is working to encourage biopharma partners to support programs without needing to build capabilities, infrastructure, and teams. With regard to its ŌĆ£large biopharma partners,ŌĆØ the company said its integrated technologies enable programs to be unlocked within a single platform.

ŌĆ£Today our capabilities enable our partners to advance their programs from a target to optimal clinical antibody candidates for testing. With our expansion, our capabilities will empower our partners to go from a target to clinical trials. We believe AbCellera will be the only antibody discovery company that can provide partners with an integrated solution for bringing novel medicines from target to clinical trials,ŌĆØ said McCutcheon.

Over half a billion dollars

McCutcheon told us that by the end of this year, the company will have invested over $500 million into scaling up its capabilities, and it anticipates to more than double this before the end of 2025.

ŌĆ£These investments, which are being made in our technology, our workforce, and our infrastructure, have given us a definitive technology advantage, and have established a new technology curve that is now accelerating.ŌĆØ

In April 2021, AbCellera broke ground on the first phase of its global headquarters in Vancouver ŌĆō a 170,000 square-foot facility that is being developed in collaboration with Dayhu and occupancy expected to occur late next year.

Directly adjacent to the first facility is a 210,000 square-foot building, which is being developed in a partnership with Beedie and anticipated to be complete in 2025. Furthermore, the two facilities are located a closely to the site of AbCelleraŌĆÖs planned 130,000-square-foot clinical manufacturing facility, which was announced in June 2021.