AGC Bio’s expanded offering at its site in Heidelberg will serve a plasmid DNA (pDNA) space growing at 20 % CAGR, the CDMO says.

Contract development manufacturing organization (CDMO) AGC Bio has completed a pDNA manufacturing process improvement project at its site in Heidelberg, Germany. The firm says this will enable the extension of the offer in hosts and plasmids with scales of 1 L to 10 L for High Quality pDNA, and will be easy to scale up to fit into established GMP manufacturing systems up to 1000 L. 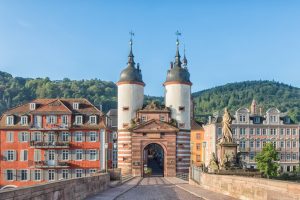 According to the firm, pDNA demand is growing at 20 % CAGR. While pDNA has many applications, it has been used in the manufacture of DNA adjuvants and vaccines, and as a starting material for RNA drugs and cell-free protein expression platforms.

But as an increased number of gene therapy candidates move into the development stage, demand for pDNA to help produce lentivirus and adeno-associated viruses has pushed demand up further.

Other CDMOs, including Cytovance Biologics and Aldevron, have also expanded their pDNA offerings to tap growing demand from the gene therapy space.

On top of its pDNA expanded offering, AGC Bio has been industrious in boosting its biomanufacturing offerings of late.

Just last month, the CDMO ploughed 2 billion Yen ($18.4 million) to boost production capacity at facilities in the US and Europe. The plans include adding a 500-liter bioreactor for mammalian cell cultures at its facility in Seattle, and a purification line at its manufacturing plant in Copenhagen, Denmark.

And in December 2018, AGC said it would install twelve 2,000 L single-use animal cell bioreactors at their Seattle site.

However, earlier this year the firm told this publication it is exiting a mammalian facility in Berkeley, California – added through the acquisition of XOMA Corporation in 2012 – by the end of 2019 as it “no longer fits with the CDMO’s growth strategy.”