CDMO AGC Biologics will invest 2 billion Yen ($18.4 million) to increase biopharmaceutical production capacity at facilities in the US and Europe.

The plan will see the contract development and manufacturing organization (CDMO) add a 500-liter bioreactor for mammalian cell cultures at its facility in Seattle in the US. The firm said ŌĆ£this will serve better, pharmaceuticals companies with biopharmaceuticals at the earlier stages of development and clinical trials.ŌĆØ

It will also install a purification line at its manufacturing plant in Copenhagen, Denmark. According to AGC, the line ŌĆ£will boost the Copenhagen siteŌĆÖs production efficiency by 1.5 times.ŌĆØ 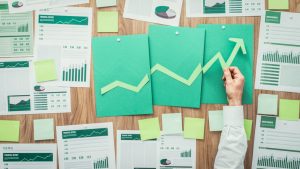 Both projects are scheduled to complete next year.

News of the expansion comes months after AGC announced it would wind up operations at its biologics manufacturing facility in Berkeley, California.

At the time AGC said the facility ŌĆō which makes supplies of biopharmaceuticals for clinical trials ŌĆō was ŌĆ£no longer the right fit,ŌĆØ adding that it would cease operating by the end of the year.

AGC also said it will transfer technology in place at the Berkeley site to the Seattle facility.

The investments in Seattle and Copenhagen are part of a wider growth effort being undertaken by the AGC group.

The Tokyo conglomerate said it hopes to generate revenue in the 100 billion Yen range by 2025.

According to its most recent financial results, AGC generated revenue of 1.12 billion yen ($10.3 million) in the nine months ended September 30, flat year-on-year.

AGC has expanded its biopharmaceutical contracting unit several times in recent years. In 2016 it bought Germany-based Biomeva and in 2017 it acquired CMC Biologics.