Argenx says it is ready to launch antibody fragment efgartigimod late this year despite alleged supply chain concerns stemming from its CDMO Lonza.

Argenxâ€™s lead candidate efgartigimod is a first-in-class investigational antibody fragment targeting the neonatal Fc receptor (FcRn). The candidate is being evaluated for the treatment of patients with severe autoimmune diseases and has been accepted for review by the US Food and Drug Administration (FDA) for Generalized Myasthenia Gravis (gMG).

With a Prescription Drug User Fee Act (PDUFA) target action date of December 17, 2021, the firm is prepping for launch but was asked during its first quarter financial call whether manufacturing will be ready, following speculation of delays at contract development and manufacturing organization (CDMO) Lonza. 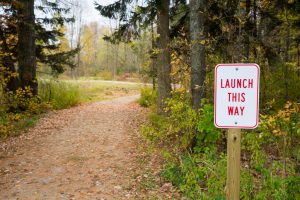 â€śWe already have commercial supply that is manufactured and ready to go for launch,â€ť saidÂ chief operating officerÂ Keith Woods to shareholders.

He added: â€śWe have a very good relationship withÂ LonzaÂ and I can tell you that we speak to them pretty much on a weekly basis going through all of the logistics. I feel quite confident in where we areÂ now,Â and we’ve taken all the precautions that we can.Â So,Â unless something unforeseen [happens], we should be in good shape.â€ť

Lonza is also the key manufacturing partner for Moderna in the rollout of its COVID-19 mRNA vaccine, with its site in Visp, Switzerland contracted to make hundreds of millions of doses.

However, there have been concerns that the CDMO was struggling to meet supply targets for Moderna.

It was even alleged theÂ CDMOÂ had tapped fellow SwissÂ companyÂ Nestle for workersÂ in order toÂ service its deal to produce drug substance for hundreds of millions of doses of Modernaâ€™s COVID-19 vaccine.Â

However, Lonza has denied any supply issues andÂ refused at the time to confirm the redeployment of staff or comment on the story when approached by us.

The CDMO recently began installing three new production lines at Visp to support the Moderna contract, and this month the firm invested $715 million to expand its mammalian cell culture capacity at the site.