Autolus Therapeutics says hiring MolMed as a contractor for its CAR-T programs was about adding flexibility.

The biotech announced contracted MolMed to develop and manufacture vectors for its candidate CAR-T cancer therapy programs this week. 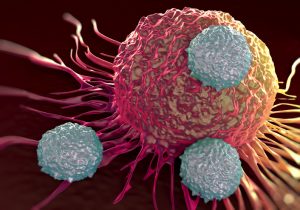 An Autolus spokeswoman told us â€śMolMed is a future supplier.

â€śThe MolMed relationship is Autolus taking the normal and prudent step to build flexibility and parallel supply for vector.â€ť

The comments are in keeping with the manufacturing and supply chain strategy Autolus discussed during its Q4 call earlier this month.

The MolMed deal comes a few weeks after Autolus announced it had started manufacturing for clinical studies at the Cell and Gene Therapy Catapult Manufacturing Centre in Stevenage in the UK.

It also follows months after Autolus secured a long-term lease for a site in Rockville, Maryland in the US where it will build an R&D laboratory and a commercial-scale cell therapy manufacturing facility.

At the time the firm said the plant â€“ which is due to be operational in 2021 â€“ will have capacity to make 5,000 T-cell therapies a year.

In a press statement CEO Riccardo Palmisano said, â€śWe are delighted and proud to announce this new strategic agreement with Autolus Therapeutics, one of the worldwide leading CAR-T companies whose products have the potential to be best in class therapies in different oncological indications.

MolMedâ€™s manufacturing operations are based at sites in Milan and Bresso in Italy.

Both facilities have capacity to manufacture viral vectors, with the former holding accreditation for GMP grade production of viral vectors for clinical trials and market.