Avid Bioservices says the expansion of its laboratories could support a further $20 million in annual process development revenue, doubling its current capacity.

Contract development manufacturing organization (CDMO) Avid says it is not specifying what facility the expansion will take place at but did confirm it will be located on the firmŌĆÖs main campus in Tustin, California.

ŌĆ£The company is expanding to keep up with market demand for these CDMO services. Avid is focused on ensuring that it always has available capacity to meet the needs of its customers (current and future),ŌĆØ Nick Green, CEO at Avid told BioProcess Insider. 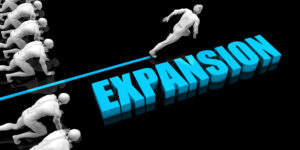 ŌĆ£This latest project will generate additional upstream and downstream process development capacity at the front-end of the mammalian cell business, which is critical for the efficient on-boarding of new customer projects.ŌĆØ

The company anticipates the expansion to be completed by the end of this year and says it follows previous investments made in 2019, bolstering its ability to produce and deliver cost-effective, scalable, and compliant processes to increase quick and safe on-boarding of customer programs.

While the company could not disclose the customers that will be making use of the expansion, Green told us the CDMO plans to hire around 20 members of staff and ŌĆ£will continue to successfully recruit as it has over the past year.ŌĆØ

In other news, the CDMO has announced that its analytical and process development suites at the firmŌĆÖs viral vector development manufacturing plant in Costa Mesa, California are now online.

Avid says the labs include complete upstream, downstream, and analytical development capabilities, which can support up to 500 L suspension culture in single-use bioreactors and different adherent cell modes.

Additionally, the GMP manufacturing suites at the viral vector plant are expected to come online in mid-2023.

ŌĆ£The opening of our newly constructed viral vector process and analytical development laboratories within eight months of our announced investment is truly a testament to the capability and dedication of our Avid team, as well as our partners at CRB.┬ĀWe are excited to begin working on customer projects in this new facility and look forward to completing the ongoing construction of our new vial vector CGMP manufacturing suites,ŌĆØ said Drew Brennan, general manager of viral vector technologies of Avid Bioservices.