After beginning a $15 million expansion of its Myford, California facility late last year, CDMO Avid Bioservices is starting work on a second extension estimated to cost $45 to $55 million.

Contract development and manufacturing organization (CDMO) Avid Bioservices had been looking to build out the Myford, Tustin, California production facility for several years to prepare for continued high demand from the biologics sector.

Plans for a $30-40 million expansion finally materialized last July, but no date or details were given. However, a change of management swiftly led to an increase in the investment and expedited construction plans, an Avid spokesperson said. 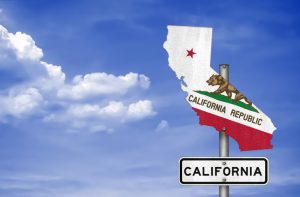 In July last year, ŌĆ£Rick Hancock was still interim CEO and current CEO, Nick Green, had not yet joined the company. At that point in time, discussions about expansion strategy were preliminary and pending further internal discussion, review and approval.

ŌĆ£When Nick joined the company as CEO in late July, he set about reviewing and finalizing the formal expansion plans,ŌĆØ we were told.

These consist of two phases: ŌĆ£The first phase, which┬Āwas initiated in the second quarter of fiscal 2021,┬Āexpands the production capacity of our existing┬ĀMyford┬ĀNorth facility by┬Āadding┬Āa second downstream processing suite.ŌĆØ This is expected to take 12 to 15 months to complete at a cost of around $15 million, though should result in an increase to the CDMOŌĆÖs annual revenue generating capacity of up to $50 million.

The second phase, initiation of which began last week,┬ĀŌĆ£will┬Āfurther expand capacity through the build out of a second manufacturing train, including both upstream and downstream processing suites within┬ĀMyford┬ĀSouth.ŌĆØ

The CDMO estimates this expansion will take approximately 18 to 24 months to complete at a cost of $45 to $55 million and may increase the companyŌĆÖs annual revenue generating capacity by an additional $100 million. Once both expansions are complete, AvidŌĆÖs revenue┬Āgenerating┬Ācapacity across the Myford site and its nearby Franklin site will sit at up to $270 million annually.

Total manufacturing capacity across its network has not been disclosed.

The expansion was driven by an increase in projected customer demand for the companyŌĆÖs manufacturing services, the firm told us, adding that the decision to eventually move forward with the plans was ŌĆ£thoughtful and deliberate.ŌĆØ

ŌĆ£Decisions regarding facility expansion have always been rooted in revenue growth and projected customer demand. The companyŌĆÖs strategy has always been to align its capacity to keep pace with projected demand from customers so that it is optimally positioned to meet the needs of current and future clients. Timing for all expansion activities has been guided by this disciplined approach.ŌĆØ