Avid Bioservices has completed the first phase of its journey into cell and gene therapies, opening analytical and process development capabilities in California.

In October 2021, biologics contract development and manufacturing organization (CDMO) Avid announced plans to move into the cell and gene therapy space through the construction of a 53,000 square-foot viral vector development and GMP manufacturing facility at a cost of between $65 and $75 million.

After eight months and with help from engineering and construction firm CRB, the company has opened the doors on phase one of the project, offering its customers viral vector process development (PD) labs from the site in Costa Mesa, California. 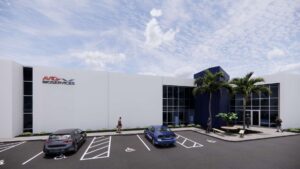 ŌĆ£The newly opened analytical and process development capabilities in our cell and gene therapy business will now enable the team to embark on a meaningful dialogue with prospective clients with respect to their programs, safe in the knowledge that we are able to execute from both a technical and operational perspective,ŌĆØ Avid CEO Nick Green said on his firmŌĆÖs Q4 FY2022 conference call last week.

He added that the second phase ŌĆō the opening of the GMP suites for cell and gene therapy production ŌĆō is expected to be complete around this time next year ready to accept programs that have completed the process development phase and are then looking for a home in the larger GMP suites.

ŌĆ£Analytical development and PD is just the entry side of the cell and gene therapy business,ŌĆØ he told stakeholders. ŌĆ£We thought it was a good idea, should I say, to phase the expansion and try to get those up and running so that we could maybe onboard some clients ahead of the GMP with the hope that somebody completes their PD and then moves into the GMP as soon as thatŌĆÖs up and ready.ŌĆØ

As such, Avid has begun looking to fill that capacity ahead of its opening next year. ŌĆ£We havenŌĆÖt signed anybody in that period of time but, I think last time I looked, there were a good number of ongoing conversations with a good number of people; people starting to want to visit the site, now itŌĆÖs available.

ŌĆ£I was out there with some people the other day. So I think itŌĆÖs going to be now going forward that we will start to push that one and start to hopefully bring some new clients on in the next few quarters. I canŌĆÖt guarantee it will be the next quarter, but hopefully, it will be. But certainly, I would expect that in the next few, we will be getting somewhere there.ŌĆØ

For the full fiscal year 2021, Avid reported sales of $120 million ŌĆō double that of the previous year.